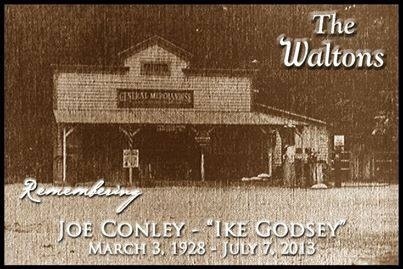 Joe Conley, the actor that played Ike Godsey in The Walton’s TV series, passed away on Sunday. He was 85.

We recently covered Conley, Earl Hamner and other cast members at the 40th anniversary of the show in California back in September 2012.

RIP Mr. Conley and to your television character Ike Godsey.