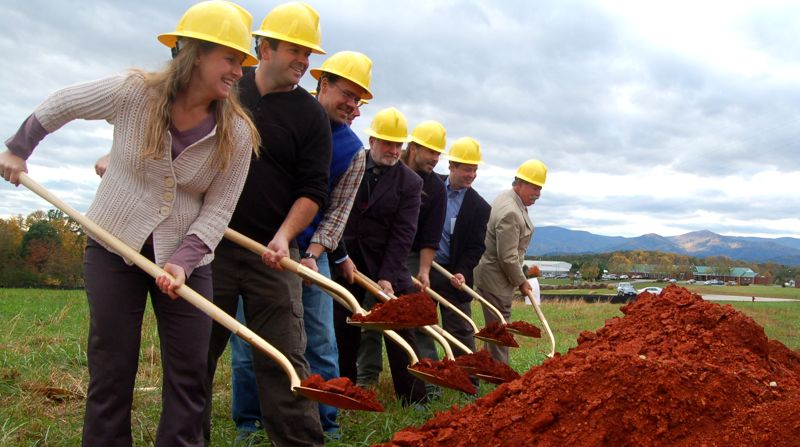 Colleen
Nelson County, Virginia
Blue Mountain Brewery, Nelson’s first microbrewery established back in October of 2007 is expanding once again. This is just weeks after opening their new addition to the existing brewery and restaurant in Afton. It roughly doubled in size with the expansion.

Blue Mountain Barrel House and Organic Brewery is a 10,000 square foot production-only facility for the 10 lines of Blue Mountain beer that will be kegged or bottled in 750ml corked bottles and undergo 100% natural refermentation. These beers will be USDA certified organic and will tend toward the more “specialty” end of Blue Mountain’s beer production spectrum. Beers brewed will include the popular Dark Hollow Bourbon-Barrel Aged Stout and Mandolin, but will also introduce new styles such as an imperial pilsner and a barrel-aged Belgian-inspired ale.

The second project, slated for the future, will be a large production brewery of 40-60,000 square feet will focus on the production of the current bottled beer lines, including Full Nelson and Classic Lager. This brewery will help service the large amount of unfulfilled orders from the current beer wholesaler, as well as begin expansion to out-of-state markets. The eventual capacity for this brewery will be 50,000 barrels annually.

“I had talked with Central Virginia Electric Cooperative [the Colleen Business Park land owner] about locating a brewery here as far back as 2004. The site never left my mind as very ideal, and we’re thrilled to finally be making a production brewery in Colleen a reality,” said Taylor.

Taylor also says baring any potential weather delays they will be brewing beer at the new facility in about 4 months from Thursday’s October groundbreaking.