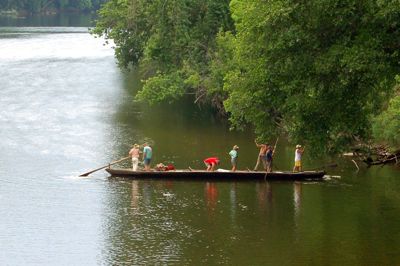 I was talking to Yvonne Harris over at a.m. Fog just the other day. You hear about about her and Ken every morning on our webcast. They’re just up the road on the Nelson-Albemarle County Line on Route 151. She was telling me they already have zucchini & squash. Yep Homer it’s true!

And for a limited time Big Seeded Watermelons are only $4.00. You know it’s summer when you start talking watermelons, picnics, and swimming!
-Lettuce buches $1.00.
-Petunias 50% off, until all gone.
-All other annuals 25% off, not including hanging baskets.
–Mention NCL’s weather report when you stop by, you’ll get 25% off any tree purchase until the end of June.

In their produce report Yvonne says, they are currently fresh picking sweet cherries, raspberries, and mushrooms; no spray – chemical free – just what nature and fish emulsion gives us. Which begs the question… What’s in your food??? You have to be careful about what you feed yourself and your kids these days, been paying attention to the news lately?

And just across the road at Blue Mountain Brewery they’re serving a cherry/chocolate/goat cheese crumble made with amFOG cherries. Now that is yummy!

When you meet folks like Ken and Yvonne you just can’t help but like ’em. They’re the real deal.

And they want to thank you for making this a spectacular spring! They’re looking forward to a stellar growing season and bumper crops from the fields. Things are changing all the time at amFOG…keep your ears open and stop in to see ’em.

And don’t forget to Mention NCL’s weather report when you stop by, you’ll get that 25% off any tree purchase until the end of June.

Congrats to all of the folks participating in the annual James River Batteau Festival. We caught up with them Monday afternoon as they started pulling into the landing at Wingina. That’s one of the boats arriving in the photo above. Last year we showed you their trip along the James from the air. They will pull out of Wingina today headed for Howardsville then eventually ending up at Maiden’s Landing on the 21st of June with several other stops along the way, such as Scottsville on Wednesday the 18th where a pretty big event day will be held.

You can find out more about the Batteau Festival and their schedule by clicking here.

While we were down on the James at Wingina Monday afternoon, some pretty good storms rolled through the area. Not everyone in the county saw rain or severe weather, but parts of Southeastern Nelson did. Just east of Schuyler on Glade Road trees were blown down on some power lines blocking the road and knocking the lights out for a few folks.

Though we were under a Severe Thunderstorm Watch for most of Monday afternoon, not much really ever developed.

We can say “so long” to the hot weather for several days to come, it will be mild with some of the afternoon highs in the upper 70’s for the coming days. Today will be a bit breezy with NW winds behind the cold front. Scattered thundershowers are possible again by Saturday night and Sunday.