Many of you probably remember Jennie Tal, who just graduated from Virginia Tech last month. Jennie transcribes all of the interviews we eventually turn into stories you read monthly in NCL. You may remember that Jennie was reporting for us here on our website during the unfortunate tragedy at VT back in April. She was the first to break the information on just how serious the situation was. You can read some of her reporting here. You can also read about Jennie’s appearance on TV here.

Jennie is currently away several weeks overseas, spending much of her time in Israel. She’s spending a lot of time there, then traveling to other places around the globe before heading back to Virginia.

Jennie’s keeping a journal of all of the places she’s been and will be heading off to. We’re calling it Jennie’s Journal and it will have a category all its own here on the website. You can also comment at the bottom of her post / journal or ask quesitons, etc. She can reply from wherever she is. Her first post is below so check it out! And come back often to see what else she’s put up. It’s very neat!

Hello to Nelson County from Israel! For those of you who donâ€™t know me, my name is Jennie Tal. My parents moved to Nelson about a year and a half ago and run the Mark Addy in Nellysford. I am a very recent Virginia Tech graduate and due to the fact that I have no money and no job (Iâ€™m taking suggestions!) Iâ€™m on a six-week world-traveling vacation. Sucks to be me, right?

Iâ€™ve already been gone for eleven days, and for the first leg of my trip, I was on a Taglit Birthright Israel trip. Since I was traveling extensively around the country of Israel with a very large group, I had no computer and no internet access. So now we get to play a quick game of catch up. 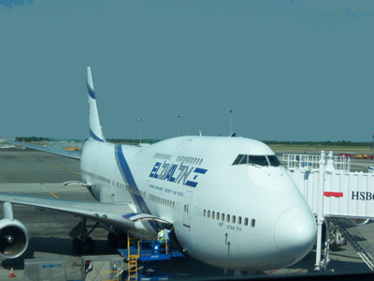 To start of, Israel is a very small country in the Middle East. It is technically located in Asia and is the home of some of the highest holy places for Judaism, Christianity and Islam. While it has been around in concept for thousands and thousands of years, Israel has only been a State recognized by the rest of the world since 1948.

Like I said, I was on a Taglit Birthright Israel trip. Birthright is a program encouraging young people between the agest of 18 and 26 with Jewish heritage to travel to Israel. Because Israel is always looking to increase its population, especially with youth, a free trip is offered to those young people. I got a round trip plane ticket, hotel stays, museum entrances and two free meals a day. It was amazing.

The ten days I was on the trip, I saw most of the country. We started off in Jerusalem seeing the most holy places in the world. We visited the Wailing Wall, what is said to be whatâ€™s left of the Western Wall of the Temple built (twice) by the Jews in the biblical era. 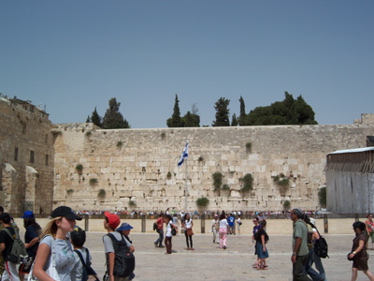 Many Jews go to the Wailing Wall to pray. Men and women are separated as they approach the wall, and it is customary to write a small note of prayer and place it in a crevice in the wall. It is so holy that it is illegal to take pictures of it on the Sabbath Day and you have to be dressed conservatively even to get near it.

After we were in Jerusalem for about three days in the sweltering heat, we started to head south. We went Kayaking in the Jordan River and spent a few hours at the Dead Sea. You cannot visit Israel without a trip to the Dead Sea. 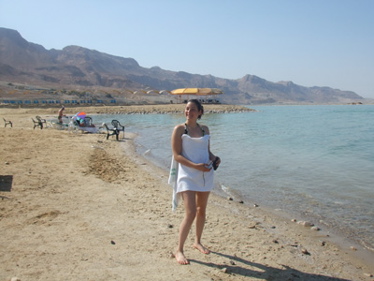 The Dead Sea is a sea with so much salt in it that nothing can live. Most oceans have a 3% salt content, while the Dead Sea is about 30% salt. In addition, it is also the lowest place on earth at nearly 1,500 feet below sea level.

Because it is so low, waters from many rivers, seas and oceans drain into it but have no where to go. The only way water leaves the Dead Sea is by evaporating, so all the minerals are left in the water. For this reason, the Dead Sea and products from it are said to be amazing for the skin. We took mud baths and floated in the water (our bodies are more buoyant than the water). You can tell almost instantly that your skin looks and feels healthier.

Next, we got to spend a night in a Bedouin Tent in the Negev Desert. Historically, the Bedouins are a people that move around, mostly in desert areas and make camps. While Israel has a Bedouin population, it is not a Bedouin country, like Saudi Arabia. At the tents we rode camels, ate traditional foods, learned cultures and basically just stayed up all night. We had a bonfire, some wine, some beer and a guitar and that was pretty much all we needed.

We had to wake up at 3am so no one really slept. The reason we had to wake up so early was because we were climbing Masada at to see the sunrise. Masada is a mountain in the middle of the desert. During the time of the Roman Empire, there was a kingdom atop the mountain, an effort to stop to Romans from taking over. When the Roman Army did find a way to get to the top of the mountain, all the Jews at the top killed themselves, rather than surrendering to the Romans to be killed or worse- taken into slavery. 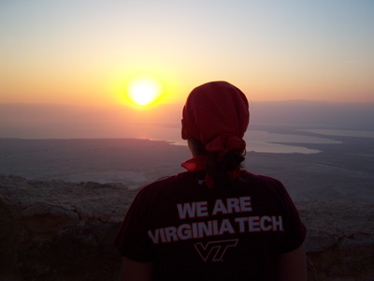 While it does have an interesting history, the watching the sunrise from on top of a mountain is just priceless. Oh yea, then we had to hike downâ€¦

After driving through the desert, we spent one day and one night in Eilat, a resort-like city in the southern-most part of the country. With clear beaches, gorgeous beaches, amazing markets and a great night-live, Eilat is the place to be. It is on the Red Sea and from the Israeli city; you can see the Jordanian city of Aqaba and drive to the Egyptian entrance to the Sinai Desert.

On the way back to the major city of Tel Aviv, we had the chance to stop at Yad Vesham, a mountain dedicated to a very moving Holocaust Museum. 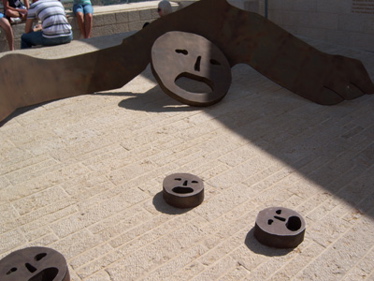 Because Israel became a country as a direct result of World War Two, the museum was especially interesting and moving. Literally cut into a mountain, Yad Vesham has a very interesting elongated shape. In it here are personal accounts, pages from diaries, childrenâ€™s dolls, and even a train car used to take people to the concentration camps.

Finally, at the end of trip, we made our way to Tel Aviv. Though Jerusalem is technically the capital city of Israel, Tel Aviv is where everything happens. Not only is it the business capial of the country, but it is a great, great place for young people. There are beaches, clubs, restaurants and everything you could ever ask for in a city, and we tried a little bit of everything. 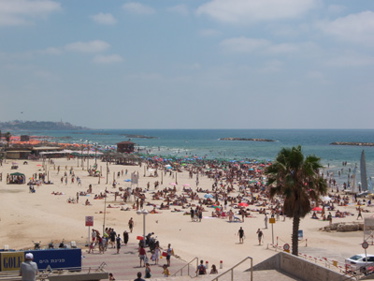 To close my first (and very long) journal entry, I just want to explain how safe I feel here. All we Americans see on the news is bad things about Israel. For example, right now there is a great amount of fighting in Gaza. This time, however, Israel is not involved. Two Palestinian groups are fighting each other.

I do see people with guns from time to time, and since military service is complusary, I see many young people in uniforms every day. But, I feel safe. Tel Aviv is just like any American City (but cleaner, with a beach, and in a different language).

Iâ€™m having a great time, and I hope everyone over the pond is starting out summer wonderfully.

Thinking of you,
Jennie