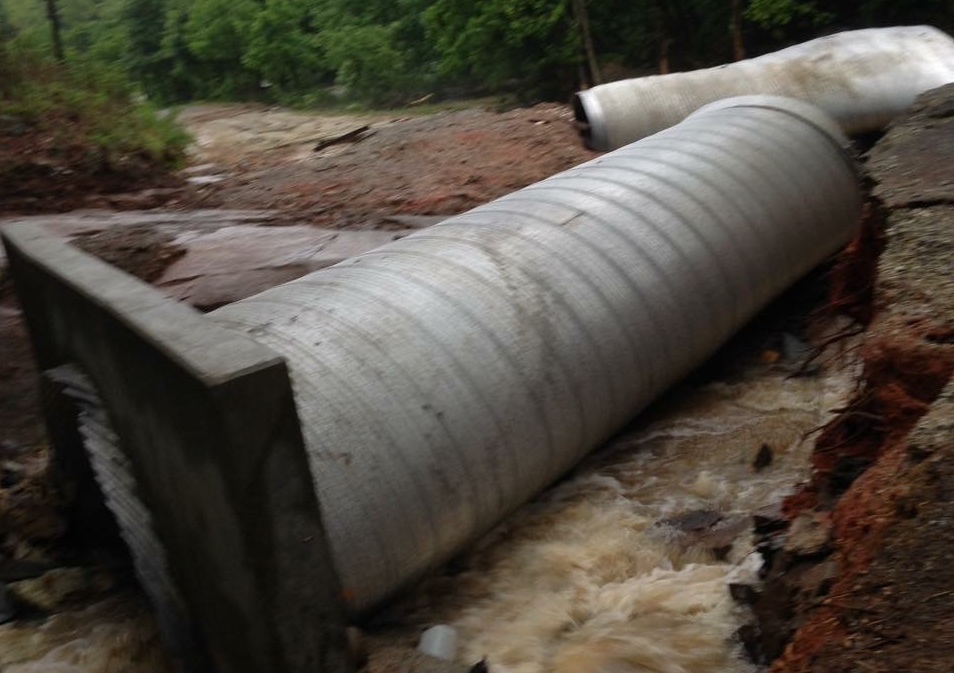 As we first told you a few days ago, storms that dumped as much as a foot of rain in parts of Nelson County within a five day stretch destroyed some roads.

Dark Hollow Road in Roseland was one of the worst where culverts were blown out and the that part of the road was destroyed from the flooding.

No work has taken place and a rumor has been swirling around that work had been halted due to concerns for an endangered mollusk.

While VDOT says the exact remedy to repair the damaged road hasn’t been figured out, an endangered species is not the reason for delays.

“The road remains closed at this time and will remain closed until we are able to replace the structure. We are still investigating our alternatives. VDOT has evaluated options for the structure replacement and has started the procurement process. It is currently estimated that the road will be re-opened by mid-August.

According to the permits, no endangered species have been identified at this location. “

Paula Jones the Communications Manager with VDOT in Lynchburg told us the morning.

We’ll update you when we know more.