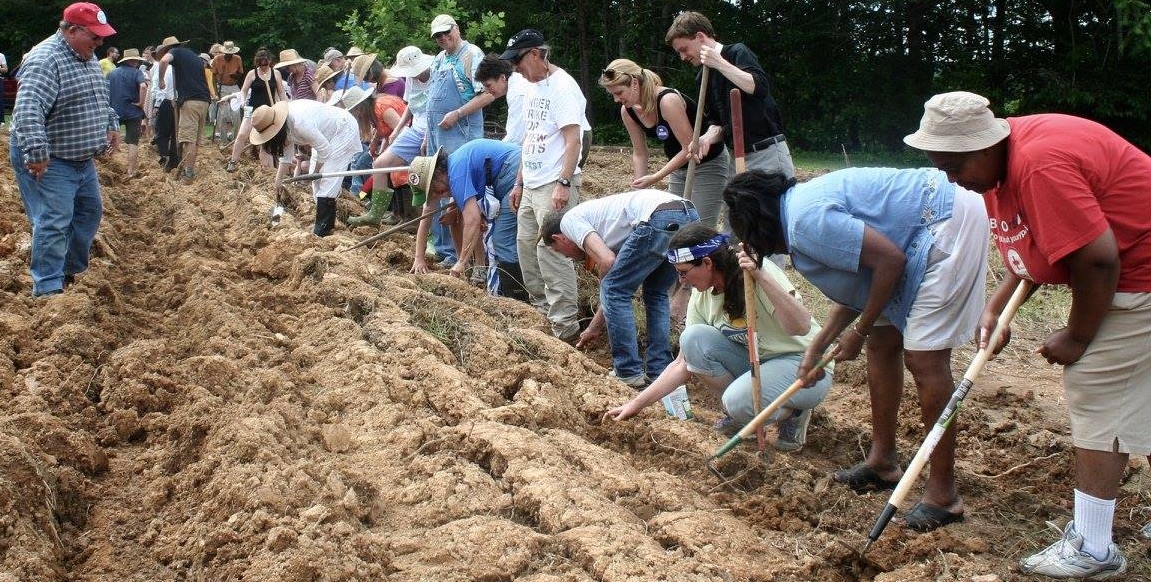 Within just a few hours land belonging to Samuel Woodson Sr. in Wingina, Virginia was turned into a more sacred ground. Members of Bold Nebraska along with dozens of volunteers, including many from Free Nelson’s no pipeline movement, visited his land on Monday to plant a sacred corn.

“The first “Seeds of Resistance” were planted in 2014 by the Cowboy & Indian Alliance, when sacred Ponca corn was returned to the tribe’s ancestral homeland in Nebraska for the first time in 137 years — since the tribe was forcibly removed from Nebraska.

The corn was planted on land that lies both in the path of the Keystone XL pipeline, and on the historic Ponca Trail of Tears.

The 3.5 acres of sacred Ponca corn planted in Neligh was certified by the USDA, and with the land now protected from Keystone XL, the corn planting and harvests continue to help propagate more Seeds of Resistance.”

To see more photos and information from Monday’s planting, check out Free Nelson’s Facebook album below.

And even more coverage below on the Seeds of Resistance event held in Augusta County.