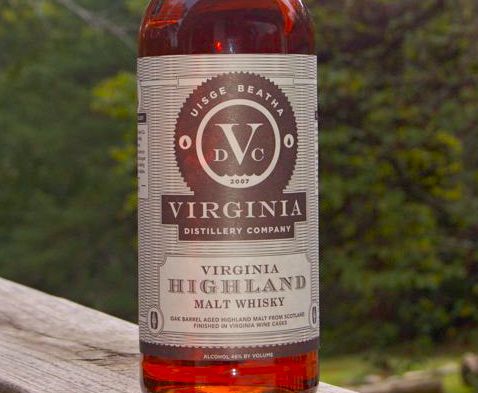 Lovingston
Nelson County, VA
We’ve been telling you about Nelson’s Virginia Distillery Company (VDC) since 2008. Back then it was Eades branded whiskey that will eventually be distilled and processed right here in Nelson.

“The whisky will be shipping to NYC, DC and Massachusetts in a few weeks. We are scheduled to present it for consideration to the Virginia ABC in early October. If they accept it, it will probably be a few months before it’s available. So please tell your local ABC manager that you want our whisky,” says Pat Jones with VDC.

“To make our new whisky, we started with an aged vatted malt whisky from the highlands of Scotland; then we finished it in port-style wine casks from Virginia. We think of it as born in Scotland and Raised in Virginia. The time in the cask gives it a great deal of complexity and a beautiful copper color. Eades Double Malt was truly a small batch and we sold every bottle. We may resurrect it some day as a pairing of our own malt with one from another distillery but not in the near future,” Pat continued.

Pat says while the focus right now is on making the new variety of whisky and its distribution, final financing will soon be in place to complete construction of the Lovingston distillery.

Virginia Distillery Company on the web.