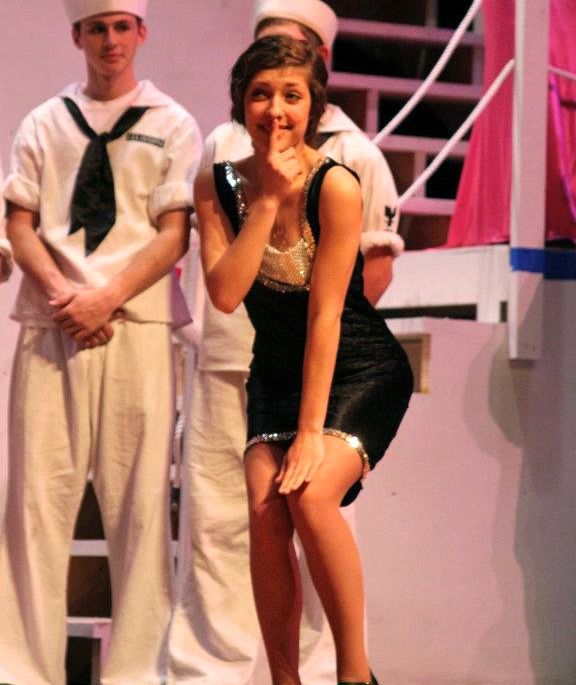 Lovingston
Nelson County, Virginia
A complete roaring success! That’s how everyone is describing the musical production of Anything Goes this past weekend at Nelson County High School. The final performance was held Sunday afternoon.

“Anything Goes is a musical with music and lyrics by Cole Porter. The original book was a collaborative effort by Guy Bolton and P.G. Wodehouse, heavily revised by the team of Howard Lindsay and Russel Crouse. The story concerns madcap antics aboard an ocean liner bound from New York to London. Billy Crocker is a stowaway in love with heiress Hope Harcourt, who is engaged to Lord Evelyn Oakleigh. Nightclub singer Reno Sweeney and Public Enemy #13 Moonface Martin aid Billy in his quest to win Hope. The musical introduced such songs as “Anything Goes”, “You’re the Top”, and “I Get a Kick Out of You.”
Since its 1934 debut at the Neil Simon Theatre (at the time known as the Alvin) on Broadway, the musical has been revived several times in the United States and Britain and has been filmed twice. The musical has long been a popular choice for school and community productions.”

The NCHS Drama Team has been names state champions now for several years in a row!

Way to go everyone for a fantastic performance. Take a bow!