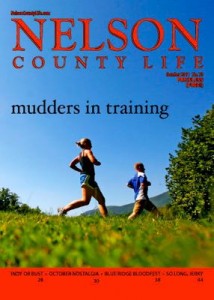 SPECIAL USE PERMIT/WILLIE PARRISH: The applicant applied for a permit to place a second mobile home on property located at 1885 Cub Creek Road, Roseland. The property is 12.59 acres and zoned Agricultural A-1. A permit is necessary because there is an existing manufactured dwelling the property and adding a second one constitutes a mobile home park. Mr. Boger noted that the existing manufactured home is used as a weekend retreat and the second home will be used for the same purpose. He reported that there is an old house on the property which Mr. Parrish has indicated he plans to remove because of its condition. Mr. Boger reported that the Health Department has determined that, if the old house is removed, the existing septic system is sufficient to handle both the manufactured home and the new mobile home.

Commissioners asked Mr. Boger whether the tax map or the GIS is correct for the property and Mr. Boger said that neither is correct. Mr. Michael Parrish (Mr. Parrish’s son) said that the property has not been surveyed. Ms. Russell asked when the existing house would be removed and Mr. Parrish said that he thought that could be done within six months.

With no public comment, Commissioners voted 4-0 to recommend approval of the permit with the condition that the existing old dwelling unit be removed within one year of final placement of the second manufactured home.

CLASS II COMMUNICATIONS TOWER, VERIZON WIRELESS/COVE MOUNTAIN LANE, LOVINGSTON: Deferred until the December meeting at the request of the applicant.

CLASS III COMMUNICATIONS TOWER, COUNTY OF NELSON/CRITZER SHOP ROAD, AFTON: The applicant applied to install a 144-foot tower as part of the Nelson County Broadband Project on property owned by Dr. and Mrs. Andrew Hodson and located at 10368 Critzer Shop Road (adjoining the American Fibers site, owned by the Hodsons). The applicant also requested an exemption to 20-8-3 “Proximity to an Existing Tower”; 20-7-2e “viewshed of a designated Scenic By-Way”; an exception to 20-7-2a requiring 125% of the tower height to the property line; and an waiver of 20-7-5k(1) landscaping requirements. The proposed site is with one mile of a Verizon tower on Critzer Shop Road (the ordinance requires two miles). In addition, both Critzer Shop Road and Afton Mountain Roads are Scenic Byways and the proposed tower would be within both viewsheds. The applicant requested the waiver of the landscaping requirement due to the natural vegetation already screening the site.

Mr. Boger reported that an E&S plan is not required; the Virginia Department of Historic Resources issued a finding of “no adverse effect” on historical properties and/or structures in the area; VDOT has approved access off Rt. 151; and the FAA has noted no impact. He noted that information has not been submitted on how utilities would be brought to the site and their location, nor has a letter been received from an engineer certifying that the tower has been designed to collapse upon itself rather than falling over.

Mr. Steve Carter, representing Nelson County, said that the proposed tower is a part of the county’s Broadband Project and would serve approximately 800 households. He noted that the engineers looked at several site and chose the proposed site for the best service to the most households. Mr. Carter said that the engineers will provide a letter of certification once the tower has actually been designed. He noted that the Project will begin at Amoco Fibers, go to Rt. 6, across Rt. 6 and up Rt. 29 to Colleen, utilizing 5 towers (the proposed; one proposed for Martin’s Store on Rt. 151; one in Massies Mill; one at the Courthouse in Lovingston; and one at CVEC in Colleen).

Ms. Russell said that the ordinance lists Class III towers as 95’ to 130’ and an exception should have been requested and advertised for a tower of 144 feet. Mr. Boger said that the advertisement noted an application for a 144-foot tower so an exception did not have to be requested. Ms. Russell disagreed. She then asked what the Commission was being asked to make a recommendation on and Mr. Carter said just the actual tower. The county will return to the Planning Commission once a provider is identified for approval of specific antennas. Ms. Proulx said that she was perplexed why the county chose that site in the middle of a residential area. Mr. Carter said that the property is next to an industrial parcel and provides the best coverage. Ms. Russell said that the same coverage could be accomplished using more, shorter towers. She then asked whether any attempt was made to obtain agreements from the property owners within the fall area and Mr. Carter said that no attempt was made.

During the Public Hearing, MR. MICHAEL TANCYUS, an adjoining landowner, said that there had not been adequate notice as the letter from the county was only received this week. He said that he is opposed as high-speed internet is already available in the area. He also voiced concern with health issues, impacts on wildlife, the negative impact on area property values, and the lack of information on how this tower will be designed. Mr. Tancyus said that the parcel is a small piece of land and the tower will negatively impact many.

MR. MARK SHANKMAN, an adjoining landowner, said that his house is approximately 144 feet from the tower and he has plans to build a house for his in-laws on the parcel next to the tower site. He expressed opposition as the tower would lower his property values and is less than ¼ mile from Rt. 151, a tourism route. (Note: Ms. Russell pointed out that the tower is actually 125 feet from his property line and 344 feet from his house.)

MR. MARK ROSENTHAL, adjoining property owner, said that a Class III tower is 95 feet to 130 feet, not 144 feet. He said that the tower should be at least 180 feet from all property lines. Mr. Rosenthal said that the front of his house is all glass and faces the tower so he will have to look at 60 feet of this tower over the tree line every day.

MS. SUZANNE ROSENTHAL, adjoining property owner, said that a tower that requires five exceptions is clearly not in the right site. She said that the county is not following its own ordinance and will destroy two Scenic Byways.

MS. CHRISTINE SHANKMAN, said that she has concerns about being so close to the tower and does not want the tower to take away the beauty of Nelson County. She said that there are lots of other places in the county for the tower.

MS. ELLIE RAY, Afton Mountain Road, said that she is opposed and would have to look at the tower every day.

DR. ANDREW HODSON, Veritas Works, LLC, said that he was approached about the Broadband Project with the engineers choosing the most favorable site at American Fiber, which is zoned industrial. He said that there is already a large silo there. Dr. Hodson said that he takes exception to being vilified and is a good neighbor, raising over $100,000 a year for Nelson County. He said that he will walk away and let the county put the tower elsewhere.

MS. CONNIE MILLER, Magnolia Acres, said that due diligence has not been done on the proposed site. She criticized the way the county does business, noting the questions about tax maps and GIS and questions about the advertisements.

Following public comments, Ms. Proulx explained that the county had advertised in the Nelson County Times twice as the newspaper of record; that the county policy is to notify all adjoining landowners, which had been done; and apologized that the notifications were received so late but said that the requirements for notification were met. Ms. Russell noted that federal law does not allow the county to consider health issues related to towers.

Mr. Tapager said that part of the problem is that people only get involved when their property is threatened and then do not understand the process. He said that Mr. Boger is doing the best he can with a staff of one and each Commissioner and Supervisor is doing their best to interpret and fairly apply the ordinances and regulations. Mr. Tapager said that this is a county project and he is saddened that the county did not get the neighbors involved in the process sooner. He said that the neighbors also have to understand that there is an industrial area next to them and they live in a transitional area. Mr. Tapager said he has always believed that when a subdivision is put in, the area should be rezoned to Residential instead of remaining Agricultural. He said that it also saddens him that Dr. Hodson has been put in the middle with a tower that he did not solicit.

Mr. Carter said that he would be happy to go back to the consultants to ask them to look at other sites but noted that the process is very time consuming and the county needs to move forward with speed. He noted that the county may come back with the same proposal. Ms. Proulx said that she would be thrilled with a new site. Ms. Brennan said that the county felt very lucky to get the Broadband Project as there are a lot of residents who want to be able to work from home and having high speed internet would allow them to do so. She said that Dr. Hodson and his family have contributed a great deal to this county and he did not search the county out for a tower site. Mr. Harman said that he would like to see another site chosen and he has problems with the height.

Commissioners voted 4-0 to defer further discussion until their November 16th meeting. (NOTE: If the applicant comes back with the same proposal and site, there will not be another public hearing before the Planning Commission. If the application changes, there will be a new advertisement and the process will begin again.)

Mr. Boger reported that this tower application includes a 3 1/2’ dish antenna for CVEC and will require an E&S plan. He noted that the site will use the existing driveway and the FAA has noted no impact. Mr. Carter noted that the proposed tower will serve up to 1,100 homes. Ms. Russell suggested that the county reconsider their plan for a motion sensor light as every deer that passes by will trigger the light.

With no public comment, Commissioners voted 4-0 to recommend approval of the tower with the following:

3) Recommended approval of installation of one microwave dish for CVEC;

4) Removal of the existing 85-foot tower;

6) Recommendation that the light be an on/off switch rather than a motion-sensor light; and

7) Recommendation that the tower be painted a brown color approved by the Director of Planning & Zoning.

NOTE: The November Planning Commission meeting will be held on Wednesday, November 16th due to the holidays.

Copyright 2000-2011 by Rural Nelson, Inc. All rights reserved. Reports may be reprinted or excerpted with attribution