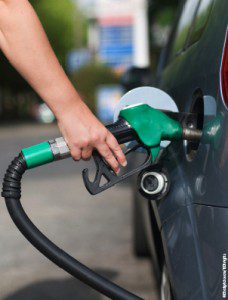 As we first told you last week here, and most recently here, some area gas stations in Nelson have been experiencing short supplies of gasoline due to Hurricane Ike’s affects in the gulf region.

Tim Spicer, Operations Manager of Tiger Fuel in Lovingston & Appomattox tells us they are able to supply stations with fuel, but supplies have tightened. “We are seeing tight allocations right now. non-brand independent stations are running out of fuel, and those selling branded fuel (such as Exxon, Shell, Mobil, etc) are on allocations until the situation passes,” Tim tells NCL.

He says about 99.6% of the refining operations were shut down due to Ike and the problem now is power and how long it might be before refineries can come back on line. “We do think things will begin to straighten out in the next few days as most plants were not severely damaged, and will be able to pump once power is restored,” he continues.

Many stations experienced a rush by drivers as Ike was approaching to top their tanks off for fear of running out. Some area stations have been reported as gouging drivers with gas prices jumping more than a dollar a gallon. No Tiger stations or dealers have been accused of this practice. The Virginia Department of Consumer Affairs is asking anyone with knowledge of this practice to contact them at: 1-800-552-9963 or on the web at: http://www.vdacs.virginia.gov/

You can also download their form to file a complaint by clicking here.