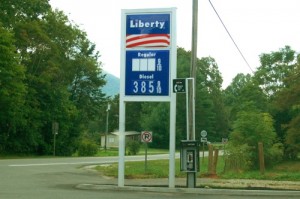 As we first told you earlier, here, the effects of Hurricane Ike are reaching into Central Virginia as fears about gas shortages are fueling a rush to the pumps to fill up.

First it was people rushing to get their hands on gasoline before it ran out. As of Saturday afternoon, several stations around the Nelson and surrounding area report being out of gasoline. One clerk said “The price has gone up so much that many stations are holding off on buying another load to see what happens over the coming days. Even if we could get it right now, it would be extremely expensive.” At least one comment left on our NCL site Saturday afternoon, reports three different stations out of gas.

In discussions with some area suppliers on Saturday, NCL has learned that the first of next week will tell much of the story. By then bulk plats will know how much of a delay there will be in getting supplies back online.