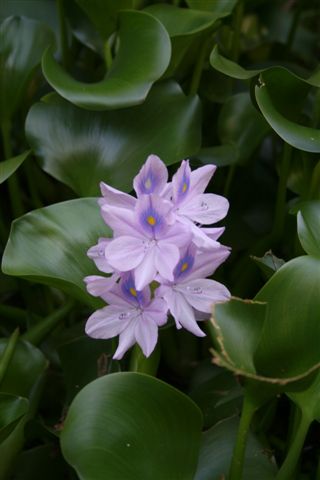 This morning beautiful weather photo comes to us from Elaine and Henri Weems of Rodes Farm here in Nelson. They were recently on a trip and captured this beautiful picture! They say:

We always enjoy getting pics from Elaine and Henri and know they are loyal audiocast listners each morning!

Tuesday was another nice day to be outdoors working. Pleasant, sometimes warm temperatures made it feel more Summer like rather than Fall. According to NWS discussions, the first half of October has been the warmest on record thus far, ahead of 1990 readings by about 2 degrees. Though a critical situation regarding rain, it’s important to keep these kinds of weather events in perspective and know the cycle can and will change over time. We’ll see rain, maybe as soon as Thursday, but certainly as we work into the winter months. Though right about now would be just fine!

Changes do appear to be shaping up for some rain by the end of the week. Earlier I was skeptical. So far most forecasters and models agree that rain and thunderstorms are in the forecast. This is not a huge rain event, but we could see 1 and 2 inch amounts in some areas of Central Virginia. Thursday begins the process perhaps even with a clap of thunder from time to time late in the day, by Friday more organized severe weather is even a possibility as we will be in a warm and humid environment with an approaching cold front. The Storm Prediction Center has Has now listed us in their DAy 3 (Friday) outlook for possible severe weather. Audio will be updated later:

ANOTHER DAY OF FAIRLY WIDESPREAD AND POTENTIALLY LOCALLY-SIGNIFICANT
SEVERE WEATHER IS ANTICIPATED AS COLD FRONT CONTINUES EWD ACROSS THE
APPALACHIANS/ATLANTIC COAST STATES. MOIST PRE-FRONTAL BOUNDARY
LAYER BUT LIMITED HEATING DUE TO ONGOING PRECIPITATION/CLOUD COVER
SUGGESTS MARGINAL DESTABILIZATION ACROSS THE RISK AREA. THIS SHOULD
SUSTAIN A LARGE PRE-FRONTAL BAND OF THUNDERSTORMS — COMPRISED OF
SMALLER LINES/CLUSTERS — FROM THE CANADIAN BORDER TO THE GULF OF
MEXICO.

WITH STRONG DEEP-LAYER WIND FIELD PERSISTING ACROSS THE WARM SECTOR
IN CONJUNCTION WITH THE UPPER TROUGH…SHEAR WILL ONCE AGAIN DRIVE
ORGANIZED/ROTATING STORMS. ALONG WITH STRONG/DAMAGING WINDS AND
HAIL…A FEW TORNADOES ARE ALSO EXPECTED — PARTICULARLY ACROSS THE
NORTHEAST WHERE BACKED/SELY BOUNDARY-LAYER FLOW IS ANTICIPATED INVOF
A WARM FRONT SHIFTING NEWD ACROSS THIS REGION. STORMS/SEVERE THREAT
WILL LIKELY CONTINUE THROUGH THE OVERNIGHT HOURS…AS STORMS
NEAR/MOVE OFF THE ATLANTIC COAST.

By Wednesday afternoon / evening we’ll have a better idea of severe weather possibilities. Right now the weather is predicted at the very end of the forecast period by the Storm Prediction Center, so it could significantly change over the next 24 hours.

On the National Forecast Map, high pressure begins to weaken and move east toward the Atlantic. As it moves east we will get a more southerly flow by week’s end with moisture heading our way. The air will become more balmy and unstable increasing our chances for showers and thunderstorms by Thursday & Friday. Much cooler temperatures move in by next week.

The remainder of the week Thunderstorms, some possibly severe on Friday. Daytime highs generally near 80Â° valley – on the mountains look for daytime highs in the upper 60’s nearing 70Â° – Overnight lows – near 60 valley & mid 50’s mountains.