Last week work was completed on the removal of the Tye River Dam just east of U.S. 29 at the Amherst / Nelson County Line. The mill dam was owned roughly 100 years ago by the late William Knight Smiley of Lynchburg. Years later it was inherited by his daughter Elizabeth “Bess” Quinn of Charlottesville in the 1950’s In 1969 it was abandoned and badly damaged by Hurricane Camille.

“I’m certain that somewhere Bess is smiling today,” says Rebecca Quinn, daughter of the late Bess Quinn. She, her sister, and two brothers own the dam today. 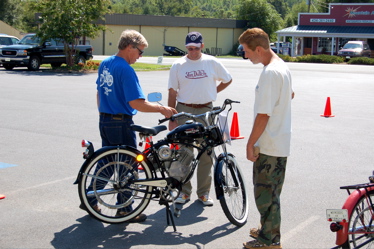 Above workers clear the Tye River of the old dam that’s plugged it up for nearly a century. 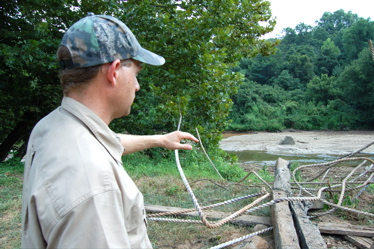 Alan Weaver of the Virginia Game and Inland Fisheries, points to the construction material used decades ago to build the old dam. “The family that owned it was the Quinn family. So we removed Quinn Dam from the river. The reason for it is to provide fish passage for resident and migratory fish and to restore the stream habitat above the dam. Instead of being shallow and slow moving it will be a natural flowing stream,” says Alan. 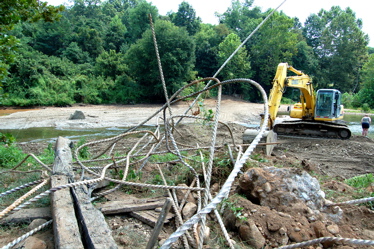 Above ribbons of rebar used to strengthen the old dam are tossed on the banks of the Tye to free up the river. 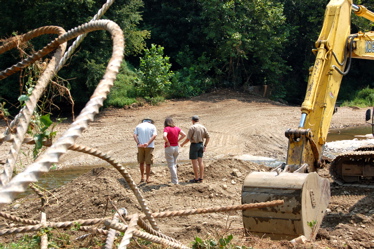 Off in the distance Alan Weaver explains what’s taking place with the dam removal. 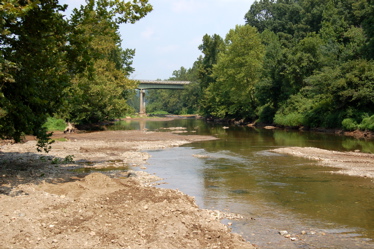 Now the river can flow freely as it originally did prior to the dam being built.

To learn more about this and projects like it you can visit The American Rivers website or The Virginia Organizing Project website. Both helped coordinate the dam removal. American Rivers along with USDA’s Natural Resource Conversation Service paid for the work.

You can read more about the restoration project in the September issue of NCL out in late August.