REFRESH YOUR BROWSER FOR UPDATES

NCL has confirmed the person killed in Tuesday afternoon’s accident on Route 29 just north of Rockfish River Road is 24 year old Brandon Wayne Drumheller of Lovingston. According to our conversation this morning with Trooper Hunter Burkhead of the Virginia State Police, Drumheller along with another passenger, 26 year old Kelly Ann Ragland of Schuyler, were thrown out of the car after losing control then landing upside down in the middle of Route 29 north. Trooper Birckhead tells NCL that neither of the two were wearing their seatbelts which contributed to the very tragic outcome. Kelly Ragland is in the hospital with serious injuries.

Almost all of us here in Nelson know the Drumheller families. Please keep them in your thoughts and prayers over the next several days. They are wonderful people and as you can imagine this is terrible for any family to go through.

Previous post
Updated 7:33 PM EDT – 7-3-2007 pics added:
Yvette just returned from the scene of the accident on 29 referred to below. We know there is one confirmed fatality and other injuries. Route 29 is now open to normal traffic. More info as we get it … 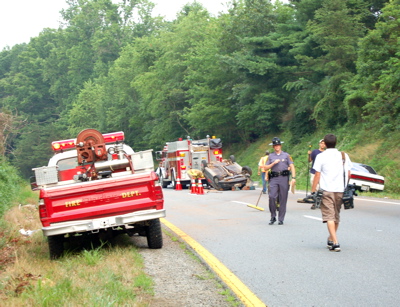 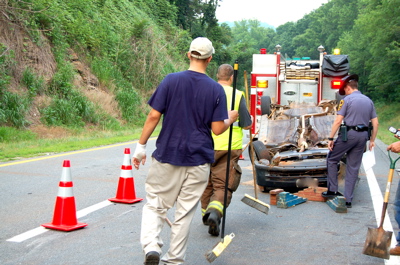 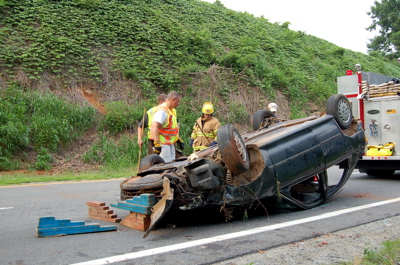 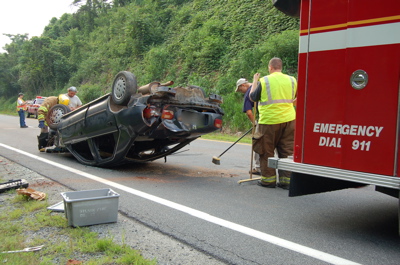 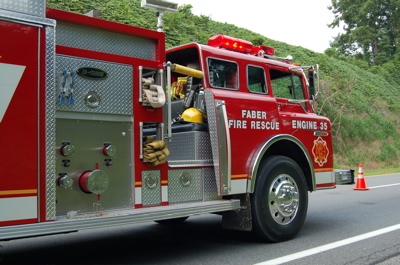 Previous posts:
Updated 7:01 PM EDT
Yvette just called from the scene. There is one confirmed fatality, and she tells NCL that southbound traffic is moving, slowly…more shortly

6:58 PM EDT
Within the past hour a major accident along 29 North of Route 6 (the one between Martin’s Store and garden Trade) has shut down the highway northbound.

Medical helicopters are on the scene in the median at this time.

NCL’s Yvette is on the scene right now we will have more shortly.
-T-