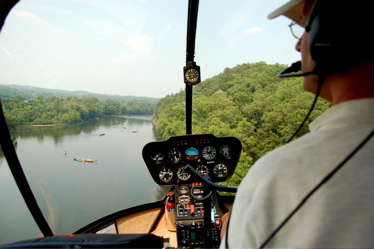 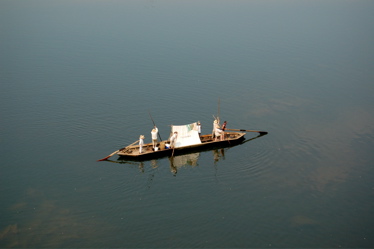 Top above, Al Stacey flies us over The James River near Winginia where the batteau boats are making their way down the James toward Richmond by this weekend. You can see several of the boats off in the distance in front of Al. Below Al is a closer shot of Captain Brian Roberts’ batteau, The Fluvanna, along with the crew working down the river. You’ll get to read lots more about Brian in our July issue of NCL out next week!

Monday was a hot day with very isolated thunderstorms, but where they did pop up they were intense. Our photographer Paul Purpura who was out shooting another story grabed a couple of shots of the damage last night. You can see our original post about the storms Monday here.

Most locations didn’t get any rain. The ones that did generally got about 1/3 of an inch. Here at NCL-Nelson County Life Magazine in Greenfield we didn’t get a drop. But we reached a high of 96 degrees. Toward Lovingston where the bulk of the rain fell Our NCL-Tiger Fuel gauge picked up .32 inches of rain with an afternoon high of 95 degrees. You can view other rain totals across the county here.

On the current surface map below, two high pressure areas off the coast have been keeing us hot and muggy. That continues today, but more widespread, perhaps severe thunderstorms will move in this afternoon and tonight.
Current-Sat Surface Map

On the National Forecast Map, a cold front moves through the area over the next 24 to 36 hours eventually bringing in milder temps for the remainder of the week. Some storms later today may become severe with hail and damaging winds.
Today’s Forecast Map

*Today Mostly sunny this morning, with partly cloudy skies this afternoon. Scattered heavy thunderstorms developing about 30% of the area by afternoon. They increase by evening.
*High temps in Wingina, Lovingston and Nellysford 94 degrees with a heat index of near 100
*On the mountains above 2000 feet along the BRP, Wintergreen, Three Ridges, Devil’s Knob, and Montebello, partly cloudy with scattered storng thunderstorms late afternoon. Highs top out around 85 degrees. Winds SW 5-10. Gusty near any thunderstorms that form.

*Tonight heavy thunderstorms early evening over 60% of the area, decreasing intensity after midnight, patchy fog in areas where it rains.
*Lows valley 65 degrees.
*On the mountains overnight lows of about 63.
*Winds W 10-15 MPH. Becoming NW after midnight.

Remember there is a chance for severe weather this afternoon.
When severe weather or news breaks out, come here. We’ll have all of the latest watches, warnings, and coverage affecting Nelson County, Wintergreen, and nearby counties.