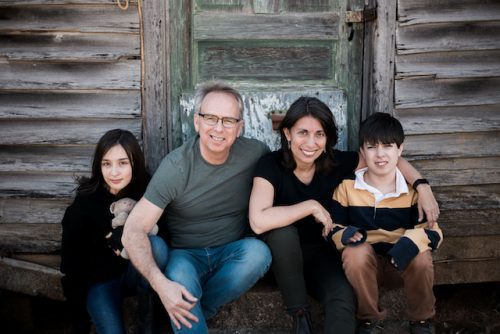 It’s amazing how fast 16 years can go by when you’re an adult, and you’re adulting. Not so much when you’re a kid and you’re waiting on the 16th birthday so you can drive! April 1, 2021 makes 16 years to the day we launched then Nelson County Life Magazine which was later rebranded as Blue Ridge Life Magazine.

Back then there were a few wineries here in Nelson. No breweries. No distilleries. And other than a hand-full of long-established local eating places, the only other dining option was Wintergreen Resort. The resort has already sold twice since those days and is now leased and managed out of Utah.

Back then we didn’t have kids and spent most of our days renovating a 1900s farm house we’d bought in Greenfield the year before in 2004. When finished up for the day we’d either get a pizza from the old Ashley’s Market nearby or head up the road to D’Ambolas Italian Restaurant to eat.

Our path to starting the magazine was a bit curvy, with lots of twists and turns, much like the mountain roads we drive today here in Nelson. We met in the TV news business back in Tennessee and continued reporting into the early 2000s in Memphis.

At the same time we were developing an exit strategy from that business. It was certainly better then vs now, but not by much. We literally sold drinking jars on the internet to get out of the news business to be able to buy our first home here in Virginia.

We sold that company, RuralRoot, about a year after moving to Nelson in 2004. It’s long since closed down. But the couple we sold it to did a great job with it until the markets changed. (Google, Wal-Mart and the like took it out several years later.)

We launched Nelson County Life Magazine on April 1, 2005. Facebook had technically started just a year before, but was barely heard of back then and had no advertising component at all. Today Facebook dominates (for bad or good) advertising markets. Cheap $20 ads that target specific places. Local print advertising isn’t over, but it’s on life support in a lot of places. In spite of its downsides – and there are many – Facebook is good medium to share info and stay in touch. Most of you got to this article because it was posted in social media and led you here.

A few years after NCL started we realized we needed to broaden the reach. We’d boxed ourselves in with advertisers and stories. We rebranded the magazine to Blue Ridge Life starting with the January 2013 issue. It was well received and it took off!

We survived the housing bust of 2008. That almost took us out. In just a month more than a third of our revenue disappeared. It took five years to get back to where we were. But we did by 2013. Because Yvette and I had started the business from scratch, we’d done every single job there was to do, from delivering magazines, to taking photos, to laying it out and selling all of the ads. So when 2008 happened we went back to the basics, survived, kept hunting unique story ideas, and kept publishing.

When a new brewery or eating establishment was planned, we were there. From the time the footers were poured, to the roof going on, until they were in operation. Many of those establishments advertised, but as they were sold off to corporations, they dropped off. It was an evolution, and a predictable one.

As the years ticked by, digital media grew. It began taking more and more of our market share. But there was still place for a printed magazine like BRL, especially in a big tourist location such as Nelson. It was actually the only way to get the message out to some in a county with still-sparse internet in places. It remained highly successful.

Enter the Covid scare of 2020 which essentially shut down all restaurant and hospitality organizations for weeks. They still aren’t back at full operation today. What was left standing of those businesses greatly curtailed or eliminated their advertising dollars.

Enough of how we got there. We. Are. Here.

Within the last two years we knew this day was approaching. Long before any of us heard of covid. We were already looking for the right time to exit. We learned from previous businesses, to leave when you’re strong, not limping over the finish line. In early 2021 we made the decision to end run with BRL on issue 200 in November. We could take our time to fondly reflect over the past 16 years and land nicely just in time for the holidays. A way to take plenty of time to say, “so long.”

Then a few weeks ago one of our large advertisers decided to not renew their advertising contract. This meant the loss of big money. We’d already been propping up the magazine in some months with money from other companies. So we decided that instead of limping over the finish line as discussed above, we’d finish strong. April 2021 would be our last issue. Exactly 16 years after we started.

So this is it, folks, for the printed edition. It’s being distributed now. The website (blueridgelife.com) will continue for the foreseeable future. We continue to use the Blue Ridge Life Magazine brand. I’ll be maintaining it mainly for breaking news and weather information, as we’ve always done. We all remember that derecho!!  Our smartphone app will continue as well, along with our social media pages. They all have thousands and thousands of followers and I won’t be pulling the plug anytime soon. Yvette’s real estate business is soaring and I have more than enough on the farm and handling soon-to-be teenagers!

We cannot adequately express our gratitude to each and every one of you for the past 16 years.  You and the advertisers are the reason for the magazine’s success. You always saw us out front, but there are countless people behind the scenes over the years that made it happen. Names like Jennie Tal Williams, Paul Purpura (Mountain Photographer), Diana Garland, Jenn Rhubright, Marcie Gates, Hayley Osborne, Kat Turner, Lisa Davis, Stephanie Gross, Kate Simon, Victoria Godfrey, Elizabeth Ferrall, Woody Greenberg, Lynn Coffey, Mary Withers, Chet White, Lee Luther, Olivia Carter, Kim Chappell, Rachel Ryan, Ray Whitson, Woody Elliot, Earl Hamner, Jr, Norm Shafer, Joanie Dodd, Christina Kline, to name a few. There are so many more over the 16 years who I can’t remember right now, but you mattered just as much.

I have a couple of others I want point out. Hawes Spencer. Former publisher of the now shuttered, The Hook. Hawes had no clue who we were and offered all kinds of advice to help get us started. He never asked for a thing in return. He just wanted to see us succeed.

Steve Crandall of Roseland. Steve was our first advertiser when he was still running Tectonics II. His son Justin has taken over that business today. Steve bought an entire year of advertising the first day we launched back in 2005 and paid the whole thing on the spot! He took it on faith. He didn’t really know us either. We have never forgotten that. Years later after founding Devils Backbone, we all prospered once again. Though it was a tough ride those first few years.

Finally and most importantly: my wife, Yvette. All 193 issues you have read, she put together. Through derechos, blizzards, child birth, illnesses, she never, ever missed a single deadline. Not one. That’s unheard of. But then again, that’s Yvette. She deserves the rest, and the praise.

For me personally, I will echo what Charles Kuralt said on his final broadcast of CBS Sunday morning back in the mid-1990s.  (Here’s a link to that Kuralt final broadcast by the way. It’s a fantastic farewell.) It’s also in the final printed April 2021 issue. I echoed those thoughts to our longtime writer and friend, Victoria Godfrey, in our very last story. Here, it’s in the caption from the image below which was taken in my favorite place, Pinecone Land. Our daughter Peyton named it that when she was about 4 years old.

As Yvette said in our final From The Publishers, “This isn’t good-bye.”