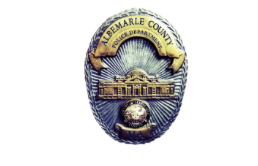 As we have been reporting as have other media outlets including Richmond, the investigation continues into the presumed drowning of a Hanover teenager.

This afternoon, BRL along with other area media outlets received the following release from Albemarle County Police:

BRL has personally spoken to numerous rescue personnel that were on the scene and they say this was being treated as a drowning.

Additionally, as reported earlier in this post, Morin’s parents have confirmed to a WRIC-TV in Richmond this was their son.

No explanation has been given by ACPD that might clarify as to why this is still being called a missing person’s case rather than a drowning or recovery operation.

At 5:52 PM ACPD also sent out the following message:

Good evening,
The search for Henry Christian Morin has been suspended for the rest of the day.
Efforts will resume on Thursday, June 6, 2019.
We will continue to bring you the latest information as it becomes available for release.

As a side note, Nelson Commonwealth Attorney Daniel Rutherford (who is not part of this particular investigation since it was on the Albemarle side) told us Wednesday afternoon that Nelson County Sheriff David Hill and his deputies have issued more than 70 citations for trespassing at the quarry since the beginning of Spring 2019.

More as we have updates.