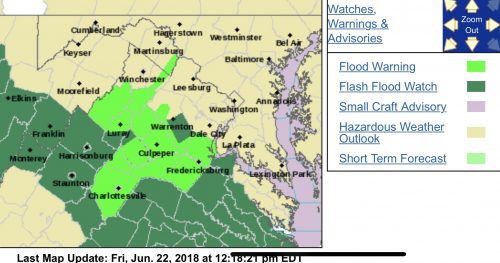 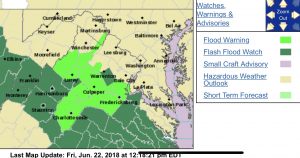 * From 4 PM EDT this afternoon through late tonight

* Heavy rain expected as showers and thunderstorms develop over
the area. Rainfall amounts will be between 1 and 2 inches, with
localized higher amounts possible.

* Rapid rises in water due to excessive rain are possible,
especially in the wake of the recent heavy rains across the
area. Streams and creeks could quickly exceed bankfull. Roads
may become blocked by high water. Mudslides are possible in
areas where heavy rain persists over higher terrain.

A Flash Flood Watch means that conditions may develop that lead
to flash flooding. Flash flooding is a very dangerous situation.