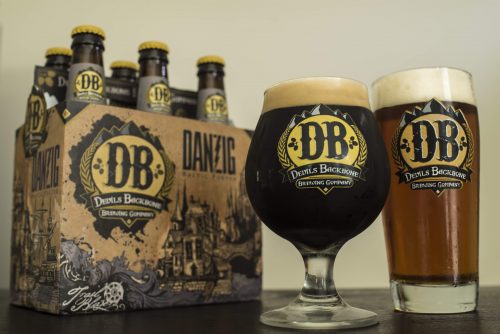 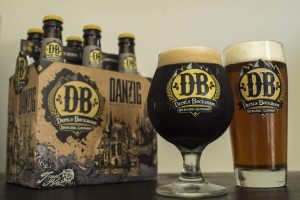 On May 3rd Devils Backbone Brewing Company was awarded two World Beer Cup Awards at the ceremony in Nashville, TN. Known as “The Most Prestigious Beer Competition in the World,” with over 90 beer categories and 200 judges, a great honor.

The Outpost Brewing Team in Lexington earned a Bronze award for Danzig, a Baltic porter that also won a Gold award at the 2010 World Beer Cup.

The Basecamp Brewing Team in Roseland earned a Silver award for Alt Bier, a German-style Altbier.

This year’s competition featured 8,234 beers and 2,515 breweries. Bringing the prestigious awards back to Virginia is very exciting!

Devils Backbone Founder Steve Crandall said, “We are celebrating our 10th year and Devils Backbone is still creating world class craft beer. I am so proud of our dedicated and creative brewers along with our hardworking staff. Thank you to all our fans & communities who make our existence possible.”

“I’m totally psyched that Danzig and Alt Bier won medals at the 2018 World Beer Cup! Both are classic styles and each have been award winners in the past for us. It’s also noteworthy that both our breweries received a medal. Each beer having won awards in the past and the fact both of our locations received an award shows the continuity of quality we are known for. Lagers and classic beer styles are some of the hallmarks at Devils Backbone and it’s nice to be recognized for what we do well,” said Founding Brewmaster Jason Oliver.