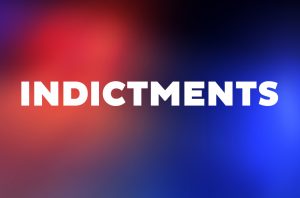 Charges contained in this indictment are simply accusations, and not evidence of guilt. Evidence supporting the charges must be presented to a trial jury, whose duty is to determine guilt or innocence.

The case will eventually be prosecuted in Nelson County Circuit Court.

This case is being prosecuted by Daniel L. Rutherford, Commonwealth’s Attorney for the County of Nelson, Phillip Figura, Chief Prosecutor for the Office of the Attorney General and Holli Reeves Assistant Attorney General for the Commonwealth of Virginia. It was investigated by the Skyline Task Force, which is composed of investigators from the Waynesboro Police Department, Staunton Police Department, Augusta County Sheriff’s Department, Nelson County Sheriff’s Department and Virginia State Police Bureau of Criminal Investigation’s Appomattox Field Office.