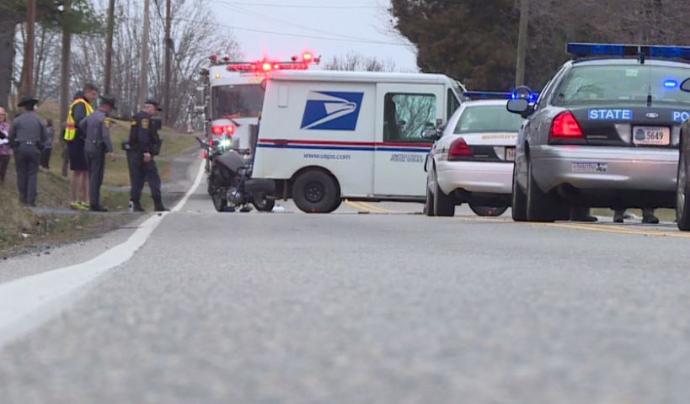 A U.S. Postal Service truck was traveling west on Parkersburg Turnpike, when it made a U-turn in the road and collided with an eastbound 2000 Harley-Davidson Roadster.

The motorcyclist, Bill F. Claytor Jr., of Staunton, 33, Va., was transported to Augusta Health, where he died a short time later.

The driver of the mail truck, Joseph T. Jackson, 51, of Staunton, Va., was not injured in the crash.

Jackson was charged with failure to yield the right of way. The crash remains under investigation.