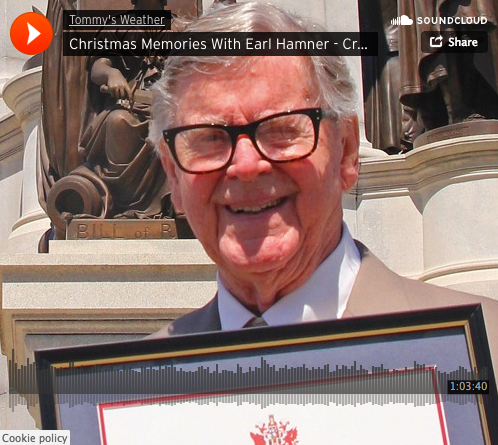 In what’s become an annual tradition here at BRL, enjoy this special radio interview from the December 2011 Christmas season as Nelson native Earl Hamner, Jr. talks with BRL Publisher Tommy Stafford and Memphis KWAM 990 Radio host, Earle Farrell. Press the orange play burron above and listen for over an hour as Earl reminisces about his career, life in the Virginia Blue Ridge and more.

Be sure to listen toward the end as Earl reads a special Christmas tribute remarking about the late Will Geer who played Grandpa Walton.