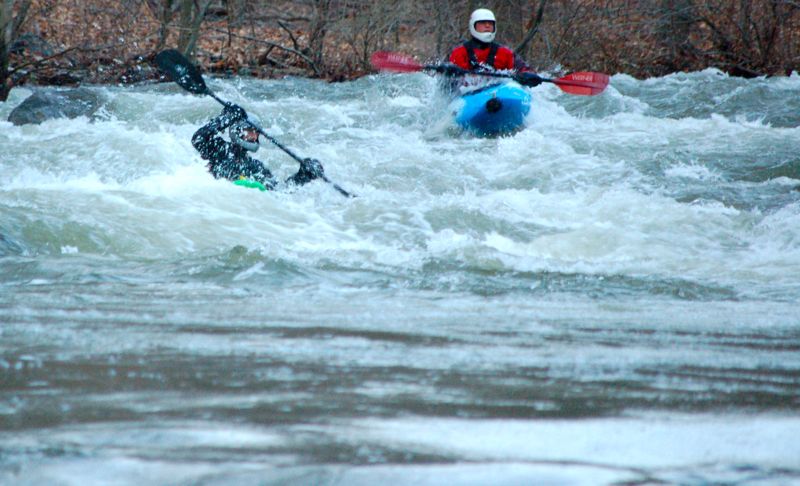 Tyro
Nelson County, VA
Last week we told you all about the massive snowstorm that hit the Central Virginia Blue Ridge area. Many people in the vallies saw 8 to 14 inches with the mountains along the BRP and Skyline Drive receiving as many as 29 inches in some places.

Over two inches of rain fell along the Blue Ridge Parkway Monday night and with all of that snow pack and warm temps, the water had to go somewhere. It did, with a fury into all of the rivers down below. But, that made perfect conditions for the bravest of whitewater kayakers who crave the challenge! Gordon Dalton of Wintergreen, who paddles semi-pro for a whitewater kayak company – Pyranha Kayaks, took to the north fork of the Tye River on Tuesday along with several of his buddies. They are part of The Blue Ridge Kayakers. It all went perfectly with the exception of one dislocated shoulder in the group. Ouch!

Gordon says they will be on more of the area rivers as the season gets into full swing.