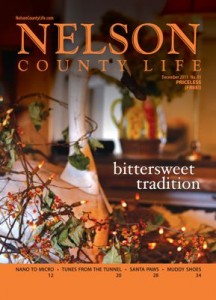 BOARD OF SUPERVISORS
Tuesday, December 13, 2011

MR. MARK SHACKMAN, Afton, said that he is concerned about the tower proposed for the old fiber factory in Afton. He said that the community fill fight the tower, in the Board room and in court. Mr. Shakman said that the people deserve the broadband service but the proposed tower is not in the right place. He said that the firehouse or medical center property would be better for this tower.

MR. MARK ROSENTHAL, Afton, said that he opposes the proposed tower in Afton.

MS. ELEANOR AMIDON, Afton, said that she is concerned that the Virginia legislature will lift the ban on uranium mining in Virginia. She said that one problem is what to do with the residue on site after the uranium is extracted. Ms. Amidon said that sites must be monitored for centuries, with some becoming superfund cleanup sites, with cleanup paid for by taxpayers. She said that tax revenues are only projections and there are many concerns for communities. Ms. Amidon asked Supervisors to pass a resolution requesting that the ban on uranium mining remain in place.

VDOT REPORT: Supervisors directed staff to request that VDOT send a representative to the first meeting of every month.

REQUEST FOR WAIVER OF SOLID WASTE TIPPING FEES: Mr. Jim Taggart, representing Rebuilding Together, said that the group works to do home repair and improvements for low income and disadvantaged families in Nelson. He asked that the county consider waiving tipping fees for the group in order to allow them to spend more of their money on improvements. Supervisors voted unanimously to waive fees up to $2,500.00 annually.

REAL PROPERTY TAX SALES, UNCLAIMED SURPLUS: Mr. Payne, County Attorney, reported that proceeds from the auction of real estate for delinquent taxes have been held the required two years. He explained the process, noting that the county would need to decide what action to take regarding claimants. After discussion, Supervisors voted unanimously to choose to grant no relief to claimants after the notification and two-year process.

COUNTY ATTORNEY: Supervisors voted unanimously to contract with Mr. Phil Payne as County Attorney effective January 1, 2012 at the rate of $200/hour ($180/hour at Board meetings) with continued health care coverage.

– Courthouse Project – General District & J&DR courts relocated on November 21st, security screenings began on the same date. Renovation of the Jefferson Building is ongoing as is the construction of the second floor bridge. Project completion is now scheduled for first quarter of 2012.

– A contract has been executed with Daggett and Griggs to complete the design and construction drawings for relocation of the Health Department to Blue Ridge Medical Center.

– Broadband Project – installation of the fiber optic backbone has begun with a four-month completion projected. Tower(s) construction is projected for the first quarter of 2012.

– 2012 General Reassessment – property assessment notices were mailed the week of December 5th with assessors’ hearings to be conducted through December 22nd.

GLADSTONE OPEN-TOP CONTAINER: Ms. McSwain reported that the county spent $348 more to operate its trucks during the 2 months with an open-top than it spent to cover 9 months without an open-top. She noted an average monthly operating cost for the 9 months (January-September) of $154 but that the average monthly operating cost increased 527% to $969 for October and November with the open-top container (without including additional driver time). Ms. McSwain reported that transportation costs during October & November were $1,738 vs. the same two months of 2010 which cost $261. She said that hauling 4 couches and 1 over-stuffed chair from Gladstone (as placed in the open-top during that time period) to the Transfer Station cost taxpayers $1,477, or roughly $300 per item. Supervisors tabled a decision and further discussion to allow the new South District Supervisor to consider the issue.

REZONING/THE HOPE FOUNDATION: The applicant is requesting a rezoning of two parcels of land located on the east side of Thomas Nelson Highway north of Lovingston from Residential R-1 to Agricultural A-1 to permit the sale of the properties and the placement of a single-wide manufactured home on one lot. Mr. Boger noted that the Planning Commission recommended denial of the rezoning, noting that the rezoning would change the pattern of the entire district; there was no justification for the rezoning since the applicant could apply for a permit to place a doublewide manufactured home on the property; and approval of the application would benefit a single individual as opposed to the community’s interest and would qualify as “spot zoning”.

With no public comment, Supervisors voted unanimously to deny the rezoning for the same reasons stated by the Planning Commission.

CLASS III COMMUNICATION TOWER/TALON SOLUTIONS & SERVICES: The applicants, represented by Mr. Sam Eggleston, applied for a permit to construct a 115-foot metal tower with a five-foot lightning rod at the top. The total tower height is 120 feet. The tower would be located at 16 Old Thirteen Lane in Gladstone. The application includes a request for an exception to Section 20-7-2a dealing with the fall area as the tower will be designed to collapse with the property line.

With no public hearing, Supervisors voted unanimously to approve the tower with the exception requested.

PROPOSED ORDINANCE TO ESTABLISH A DEADLINE FOR THE SUBMITTAL OF LANDOWNER OR LESSEES APPLICATIONS FOR EQUALIZATION OF REAL ESTATE ASSESSMENTS TO THE NELSON COUNTY BOARD OF EQUALIZATION: With no public hearing, Supervisors voted unanimously to adopt a resolution establishing April 13, 2012 as the deadline date for applications for equalization; and June 1, 2012 as the deadline date for the Board of Equalization to have disposed of all applications for equalization.

PROPOSED ORDINANCE TO REPEAL AND REENACT ARTICLE I, IN GENERAL, SECTION 2-1, PURCHASING PROCEDURES AND POLICIES OF THE CODE OF NELSON COUNTY, VIRGINIA: With no public comment, Supervisors voted unanimously to repeal and enact the purchasing procedures.

JEFFERSON BUILDING: Supervisors voted unanimously to contract with Mr. Halleck to document the history of the Jefferson Building for a cost not to exceed $2,400 with the participation of the Nelson County Historic Society.

REGISTRAR’S OFFICE: Supervisors voted unanimously to relocate the county Registrar’s Office to the Jefferson Building upon completion of the renovations.