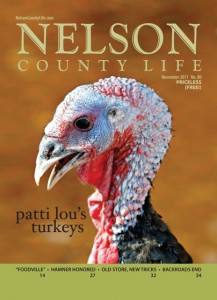 REZONING/HOPE FOUNDATION: The applicant applied to rezone two parcels of property located on the east side of Thomas Nelson Highway (Rt. 29) north of Lovingston. The parcels in that area along Rt. 29 have been zoned Residential R-1 for decades. The applicant has requested a rezoning to Agricultural, A-1 to permit the sale of the property and the placement of a singlewide manufactured home on one lot.

Mr. Boger reported that the applicant could request a Special Use Permit to place a doublewide manufactured home on each parcel without the rezoning, and that would be compatible with the character of the surrounding area. He noted that the rezoning of the two parcels does not appear to be in the public interest but rather to benefit the land owner in the sale of the property. Mr. Boger also said that rezoning to two parcels would break the integrity of the zoning in that area and would constitute spot zoning which is not good zoning practice.

During the Public Hearing, Mr. Michael Horn asked if a doublewide could be put on the property, what the harm would be in a singlewide on the property.

Ms. Russell said that she has problems with the rezoning, noting that the area has been zoned Residential for many years and it is a sizable district. She said that removing one or two parcels from the district would break the integrity of the district. Ms. Russell said that the rezoning would benefit only one property owner rather than the entire community. Finally, she noted that the applicant could put a doublewide on the property without asking for a rezoning. Ms. Proulx said that she shares the concerns with spot zoning and said that she would not want to set a precedent based on whether or not the singlewide could be seen. She said that there is a use for the property without a rezoning. Mr. Tapager said that the area is one of the few actually zoned Residential in the county with the intention of creating a buffer for the agricultural uses behind the residential. He said that spot zoning the parcels to agricultural would allow all of the agricultural uses in a residential district, even though the area might not be a typical residential area.

Commissioners voted 3-0 to recommend denial of the rezoning from R-1 to A-1 because that area of Rt. 29 has been zoned Residential for several years; because the landowner could apply for a Special Use Permit to place a doublewide there without a rezoning; and because the rezoning would benefit one individual only and would constitute spot zoning which is not good planning.

CLASS III COMMUNICATION TOWER/BUFFALO RIDGE, GLADSTONE: Central State Tower II applied to erect a 120-foot monopole on property located at 16 Old Thirteen Lane in Gladstone, owned by Ellie Funk and L. C. Campbell. The application requests exceptions to Section 20-7-2 fall zone of 125% of the tower height; and to Section 20-13 location and height regulations with regard to setback to property lines. Mr. Boger reported that an engineer has provided a letter certifying that the tower has been designed to collapse upon itself.

During Public Comment, Mr. Mark Rosenthal, Afton, said that he can get service on his cell phone for about 97% of the US and he does not want to see trees cut down to grow towers.

Commissioners voted 3-0 to recommend approval of the permit with exceptions. Commissioners directed staff to notify the property owners that Section 20-7-5k(4) requires that existing trees within 200 feet of the tower shall not be removed except as may be authorized to permit construction of the tower and installation of access for vehicles and utilities.

Commissioners directed staff to set up a work session for Wednesday, December 7th or December 14th at 7:00pm to review:

Draft Transportation Plan for the Comp Plan; and