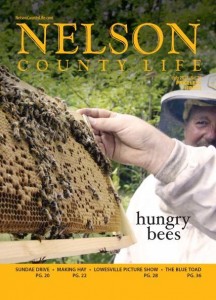 Article 3, Conservation District, C-1: Section 3-1-a Uses Permitted by Special Use Permit only, subsection 3-1-17a is amended to read as follows: Wildlife Rehabilitation Center.

Article 4, Agricultural District, A-1: Section 4-1-a Uses Permitted by Special Use Permit only, subsection 4-1-43a is amended to read as follows: Wildlife Rehabilitation Center.

REQUEST FOR MINOR SITE PLAN WAIVER/BIGGS – Mr. Dan Boyle, Central Virginia Wind Energy and representing Mr. Biggs, has requested a waiver of the requirement for a minor site plan to install a 140-foot (151-feet to the tip of the blade) wind turbine on a 21’x21’ foundation on a 170-acre property. After discussion, Commissioners agreed by consensus to authorize staff to waive the minor site plan with the applicant providing the tower height, engineering drawings, property lines, approximately location of the turbine and the path of the underground lines.

EXCEPTION TO SUBDIVISION ORDINANCE/DEWEY – Mr. Boger presented a letter from
Mr. Bob Dewey requesting an exception to the required 50-foot right-of-way for a subdivision road. Mr. Dewey’s letter states that a mistake on a 1973 survey created a boundary line issue that prohibits him from meeting the 50-foot requirement. He is, therefore, requesting an exception to allow him a 35-foot right-of-way. Ms. Proulx said that she would not be in favor of an exception to 35 feet, noting the difficulty a fire truck would have accessing the property. Ms. Russell said that it looks like the problem should be fixable without an exception. Following discussion, Commissioners agreed by consensus to recommend denial of the request.

INDIVIDUAL SEPTIC SYSTEMS – Mr. Boger presented a request from the Board of Supervisors that the Planning Commission consider a review of Section 4-4 Water and Sewer, item D, “Individual Septic System” 3) Exceptions to the above provisions:
a. The residue (the remaining portion) of the original lot is twenty (20) acres or larger. The following statement shall be clearly noted on the plat for this lot: “The approval of this residue lot by the County of Nelson does not certify or guarantee the owner or purchaser the presence of adequate soils to support an on-site wastewater treatment system for any development as no demonstration has been made by the developer/subdivider of the same.”

Mr. Boger suggested that the Commission could consider amending the ordinance to waive the soils work on any division or residue of at least 20 acres. He noted several recent cases where lot sizes ranged from 20-100 acres but all would require soils work whether the landowner wished to build or sell or do nothing with the property. After discussion, Commissioners agreed by consensus to direct staff to draft a memo to the Board of Supervisors and Mr. Carter for Commission approval noting that after review, the Commission sees no reason to amend the section. Commissioners noted the length of time spent discussing and considering the section originally with nothing having changed since then.

ZONING PROVISIONS/TEMPORARY FAMILY HEALTH CARE STRUCTURES – Mr. Boger reported that the General Assembly has passed legislation to require that localities amend their zoning ordinances to allow the temporary structures of no more than 300 gross square feet on land owned by a family member to provide for the care of a mentally or physically impaired person. (Note: an example of these structures can be found at www.medcottage.com).

REZONING/PROPERTIES ON RT. 29 – Ms. Brennan, Board Liaison, reported that the adjoining landowners had not been notified of the proposed rezoning of the Nelson County Rescue Squad, Lovingston Veterinary Hospital, AEP and the Ponton property. After discussion, Commissioners agreed to continue with the process and advertise the proposed rezonings for public hearing.

SUBDIVISION ROADS – Ms. Russell reported that Mr. Payne (County Attorney) has determined that the county can restrict the number of driveways in a subdivision that enter onto the main road and instead require a shared road to access individual lots. She suggested that the Commission consider amending the Subdivision Ordinance to add the requirement. Commissioners directed staff to draft an ordinance for consideration.