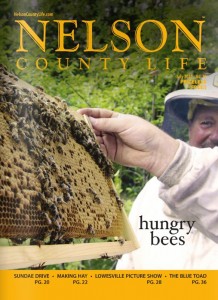 PUBLIC COMMENT: Dr. Roger Collins, Superintendent, Nelson County Schools, reported that the school system expects to be fully accredited for the seventh year in a row. He noted the many student achievements in the 2010-11 school year and that just under 10% of the students are in some sort of learning activity this year. Dr. Collins noted that the construction projects at both Tye River and Rockfish River Elementary Schools are ongoing and should be completed by the first day of school, August 24th. Finally, Dr. Collins thanked the Board for their ongoing support for the students and staff.

LOCAL BOARD OF BUILDING CODE APPEALS (LBBCA)/ORDINANCE: Mr. Carter presented a draft ordinance to authorize a public hearing for Tuesday, August 9th at 7:00pm to take public input on the establishment of an LBBCA within the local building inspections department. Supervisors voted unanimously to authorize staff to advertise the public hearing.

– Gladstone Rescue Squad: Nelson County Circuit Court has granted the county an injunction in the Board’s decision to dissolve GRSI including the appointment of T. Berry, Esq. to administer the matter. Final decisions on the divestment of the former agency’s assets will be decided by the Court.

– Broadband Project: Project proceeding to construction and likely to begin within 45-60 days and startup projected for late in the first quarter of 2012. Selection of a network operator is still pending.

– Region 2000 Water Supply Plan: Public hearing for consideration of the plan and a local drought ordinance is scheduled for the August 25th meeting.

GLADSTONE RESCUE SQUAD/COMMUNICATION TOWER: Mr. Phil Payne, County Attorney, stated that any lease is an asset and is now in the hands of the court. He also stated that the land in question will revert to the county. Mr. Payne said that these issues made the subject of a tower on that property a cloudy issue. He noted that the county has a hearing on Friday for the Court to hear the injunction and recommended that the Supervisors not vote on the proposed tower during the evening session.

On June 22nd, the Planning Commission voted unanimously to recommend denial of the permit for the following reasons:

1. It appears no effort was made to locate this 125’ tower where visual obtrusiveness would not be an issue.

2. The parcel on which the tower is to be located is extremely small so as to require an exemption from the fall zone requirement (Sec.20-7-2a)

3. There is little to no tree coverage or foliage to reduce the visual impact.

4. The proposed location is in proximity to a private airport. No opinion has been received from the FAA to date.

5. The applicant has failed to show that other sites were considered and that this is the only site that would meet the company’s requirements.

6. The application is incomplete in many areas, specifically but not limited to lighting, type and height of fencing (conflicting statements), number and design of antennas, etc.

7. Complete of item #6 would not outweigh the negatives in items 1-5 above.

MR. CLAY STEWART said that the tower is needed to expand service in the Gladstone area.

MR. LOWELL MILTON, a real estate appraiser, said that he evaluated the impact of the proposed tower on the Goss’ property at a $30,000 decrease to the value of the property and said that it is the most blatant impact of a tower on a viewshed.

MR. SAM EGGLESTON, attorney representing White Pine Land Company said that there is no possibility of putting the tower on the other side of the Gladstone RS building given the topography, the wells and the septic field. Mr. Eggleston said that the property is now county-owned property and therefore public property. He objected to Mr. Milton’s assessment, noting that there were no comps provided and the summary was based on assumptions that were not true.

MR. DENNIS GOSS, adjoining landowner, said there will be a significant de-valuation of his property. He also said that he is concerned that the tower company has left room to raise the tower height in the future. Mr. Goss also said that he objects to some who should be reserving their decision until they hear the facts advocating for the proposed tower.

Mr. Harvey said that he had no comment at this time. Mr. Hale said that the Planning Commission raised a number of valid points in their recommendation to deny the permit. He said that the critical point that was not answered in the public hearing was that there is public land adjacent to the rescue squad property that was not evaluated as a tower site. Mr. Hale said that the application should go back for re-evaluation by the applicant. He noted action on the part of the Board would be unwise since negotiations were with a landowner who no longer owns the land.

Mr. Bruguiere said that regardless of who owns the rescue squad property, the board had only heard from one neighbor. He said that not all towers can be hidden in the woods and that the benefits to many far outweigh any detriment to the Goss’. Mr. Johnson said that he had tried to do his homework on this issue and said that he would be concerned if high-speed internet and cell service were not available to the Fire and Rescue Squad and the Senior Center.

Supervisors voted unanimously to defer a decision until their July 28th meeting.

REZONING PARCELS ON RT. 29 (THOMAS NELSON HWY): Mr. Boger reported that the Planning Commission had contacted the following property owners along Rt. 29 re rezoning their properties from Agricultural A-1 to Business B-1 to reflect the actual use and to conform with the Comprehensive Plan:

Mr. Boger noted that there are no negative consequences for the property owners and that each had verbally agreed to the rezoning.

OTHER BUSINESS: Mr. Hale asked that the Supervisors direct the Planning Commission to review Section 4-4 Water and Sewer. D. Individual Septic Systems. 3) Exceptions to the above provisions: a) The residue (the remaining portion) of the original lot is twenty (20) acres or larger.

Mr. Boger noted that there have been several cases where hundreds of acres are being divided into multiple large lots and questions had been raised about whether each parcel large parcel will have to have soils work.

Supervisors voted unanimously to send direct the Planning Commission to review the question.