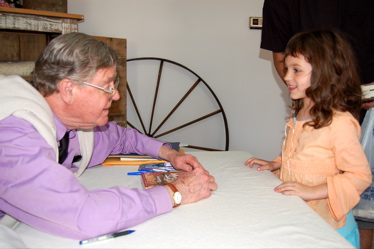 Above, in March of this 2007, Earl signs a photo for one of his younger fans that only knows his hit television series, The Waltons, through reruns. Earl was back in March 2007 for a brief visit and to see The Earl Hamner Theater built in his honor.

Today is an important day for Nelson County and its native son, Earl Hamner, Jr. Our friend Earl turns 85 years old. He was born back in 1923 in a small hospital room in what was then the Schuyler Hospital. Today it’s a beautifully renovated home that Isis Ringrose of Schuyler owns. She remains one of Earl’s best friends today though they met later in life. 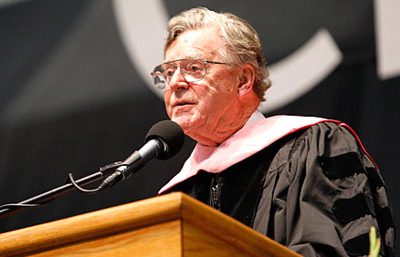 He was most recently back in the Eastern U.S. last month to receive an honorary doctorate degree from the University of Cincinnati, he attended the school way back in 1948. (You can download his entire commencement speech by clicking here.) 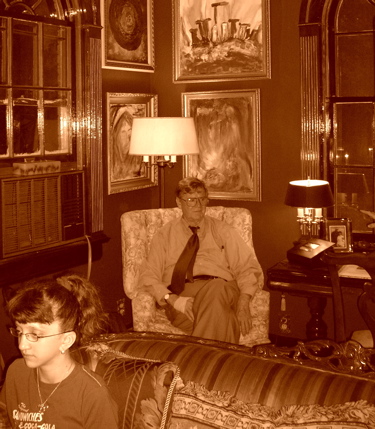 Above in 2005, Earl looks toward the area in the old Schuyler Hospital where he was born on this very day back in 1923. Today it’s the home of Isis Ringrose.

Earl became an instant friend of ours after first meeting him in 2005. Since then we talk on occasion by telephone and e-mail. Today Earl lives in California near Los Angeles. We jokingly call him the California Country Boy. Everything you’ve ever heard about him being the nice gentleman, is true. We are so fortunate to have Earl contribute occasional stories to Nelson County Life. 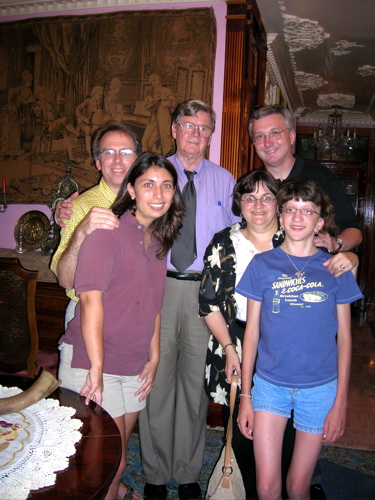 Above, Earl poses with us along with Jim Person and his family. Jim Person wrote a huge selling biography, From Walton’s Mountain to Tomorrow, on Earl back in 2005. This was at a reception in Isis’ home in 2005. 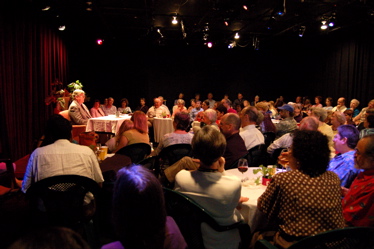 At age 85 and over two decades since The Waltons ended, Earl is still as popular as ever. During his March 2007 visit to The Earl Hamner Theater inside the Rockfish Valley Community Center, it was sold out and packed.

Today has a special meaning for Yvette and me as well. We found out just after first meeting Earl that his birthday coincides precisely with our wedding anniversary! So Earl, though you may be way out there on the West Coast now and far from that Rockfish River where you played as a child, we will raise a glass in your honor from your home here in Nelson County, Virginia.

Happy 85th Earl from all of your friends, family, and fans back here Virginia!