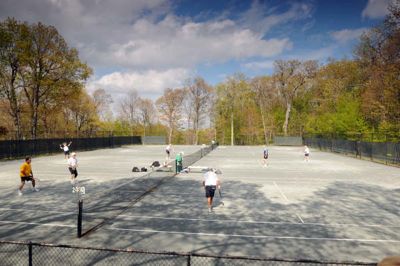 The 2008 Spring Slam Tennis Tournament continues this Memorial Day Weekend at Wintergreen Resort on Devils Knob. The annual tournament raises money to benefit the folks at The Wintergreen Nature Foundation and the great people at Wintergreen Fire & Rescue. The weather, a tad cool in the mornings, has been perfect for this year’s tournament. Our Paul Purpura has been all over the place the is weekend shooting pics of the events taking place, including this year’s Spring Slam. His shutter has been busy! 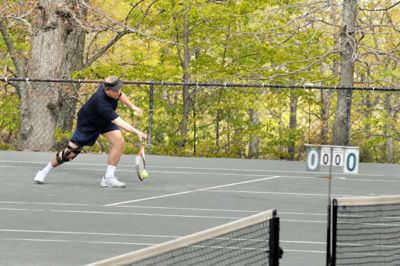 Friday, seniors kicked off the tournament with play. 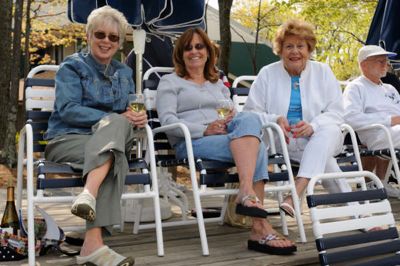 Now this is the way to play tennis! 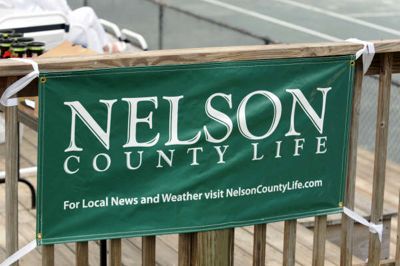 NCL is again a sponsor of this year’s event supporting The Wintergreen Nature Foundation and Wintergreen Fire and Rescue. 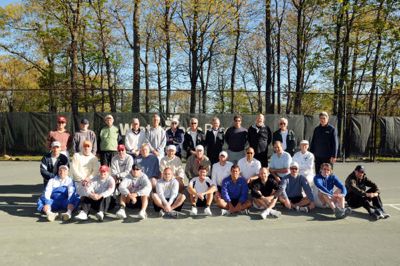 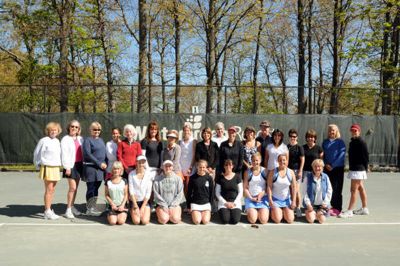 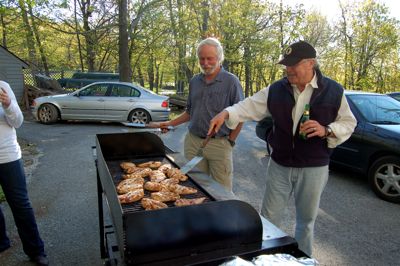 After Saturday’s play, the great staff and volunteers at Wintergreen Nature Foundation prepared a very yummy meal for this year’s players. Above left, Doug Coleman, executive director of TWNF, and Tony Troy of Stoney Creek, grill up chicken! 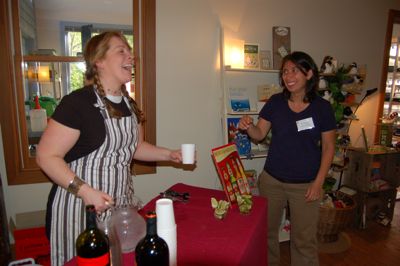 Ok, since Yvette is in the “incubation mode” the cocktail hour at this year’s event became the water hour for her. But a happy bartender, Liz Salas, left is more than happy to serve the “two” a little H2O! 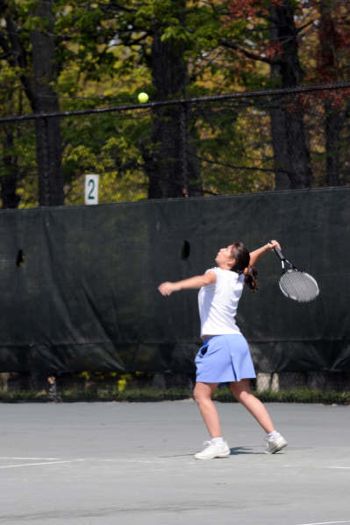 But, that didn’t stop Yvette from playing for the third year in a row in the tournament. She and doubles partner, Debbie Flight, from Richmond are in the second day of play as of Sunday morning with one win and one loss. 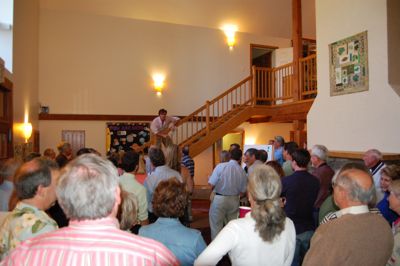 Thomas Johnston, Tennis Director, for Wintergreen Resort, recognizes some of the players and volunteers with Spring Slam 2008. 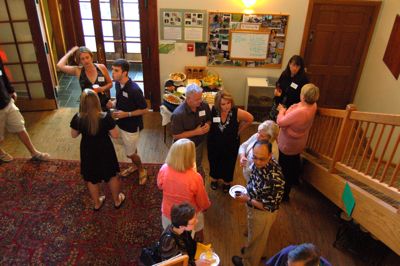 People gather in the lobby of The Trillium House at TWNF for a cocktail hour before the dinner.