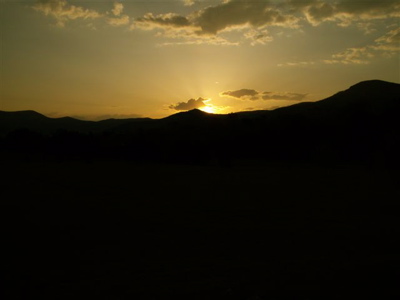 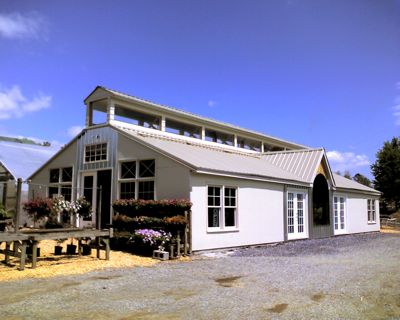 The new farm market at a.m. Fog in Afton.

My childhood days were filled with memories of hot summer afternoons on the farm. Now back there it was cotton fields for as far as the eye could see. Down near the Mississippi River the sun would set over a distant barge pushing his way down to New Orleans. But the thing I remember most were those family farms, mom and pop types selling their vegetables along side the road.

Ken and Yvonne Harris at a.m. Fog on the Nelson-Albemarle County Line along Route 151 in Afton capture that kind of feel.

No you won’t see a tug headed down the Missip, but the family farm feel is there alive and well. Right now they have 6 kinds of lettuce. spinach, kale, brocoli, cabbage and veggie start. 26 types of heirloom tomatoes are on the way, plus sweet peppers, and a big selection of HOT peppers!

And yea, not to worry, some on fellow, they still have my favorite the trusty:
-Local â€œHappy Steerâ€ Hormone and Antibiotic Free Meat
-Local Hormone & Antibiotic Free Chicken

Not to mention all of the other vegetables, annual, and perennial plants along with fruit trees ready for the spring planting season.

Have you seen that beautiful farm market? It’s OPEN FOR BUSINESS NOW, and before long stop in for hot teas, coffee, muffins, and bread while you take a look around, that could take while, there’s lots to see!

Monday was a beautiful day, so I’m told, in Nelson. Milly Colella says so anyway. She sent in today’s weather photo of another great sunset from the Rockfish Airpark. Though oddly, a renegade thunderstorm or two developed just after dark primarily in the northern end of the county. When we start heading toward the warmer days, it’s not unheard of to have those pop up type of storms with afternoon heating of the day.

In the radar shot below around 10:00 PM you can see the two thunderstorm cells sandwiching Afton. Afton is right where the cross hair is on the snapshot. 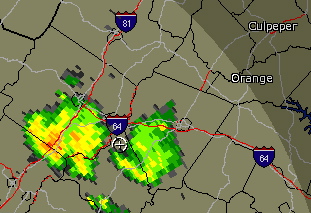 As mentioned, I am on the road this week and filing the weather remotely from Tennessee. That would be West Tennessee, as far as you can go without dropping in the Mississippi!

Here it was nice and sunny as well, just north of Memphis.

Tuesday will be another nice day in Nelson with mostly sunny skies and temps working into the mid and upper 70’s across the valley regions and around 70Â° on the mountains. By the time Thursday afternoon rolls around thunderstorms ender the forecast through Friday night.

The rest of the week has scattered thunderstorms Thursday afternoon . Highs lower 80’s valley. Friday. Showers and thunderstorms in the morning then cloudy in the afternoon. Highs in the lower 70’s.

Next weekend looks seasonal with a chance for showers again by Sunday.