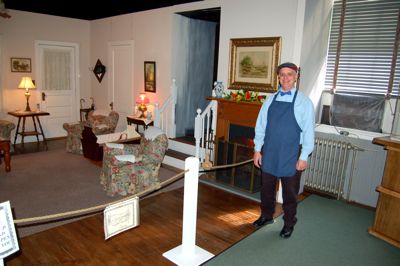 Patrick O’Brian, with Walton’s Mountain Museum shows off one of the popular attractions there, a replica of the original living room from the television series, The Waltons, which aired from 1972 to 1981.

This weekend The Walton’s Mountain Museum kicked off it’s 2008 season. The last day of February, the museum held a media day for an advanced look at the museum and upcoming events for this year. Everyone was very nice and they had lots of yummy food while we hung out, took pictures, & talked! 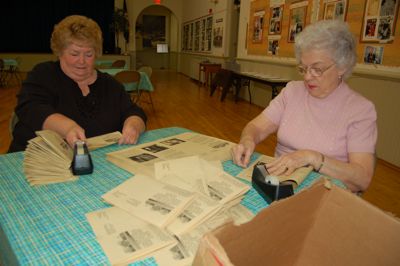 Above right, Leona Roberts, museum director, gets a hand preparing the new edition of the quarterly newsletter being sent out to members. 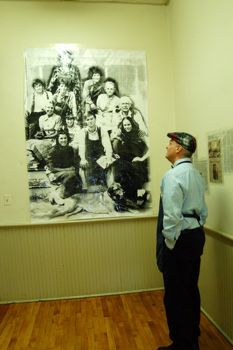 Here Patrick looks over a large photo reprint of the cast that was recently donated by a fan.

The museum is now officially open. For more detail and hours, visit their website by clicking here.