Updated: 10:00 AM EST 2.22.08
Radar continues to show some rain moving in our direction from the southwest, however, folks I don’t see this being a big problem. In short the forecasters missed this one by a country mile. Was way overplayed, and, unfortunately I too, bought into those computer models and didn’t go with my Blue Ridge gut!

Here’s what forecasters in the Blacksburg weather office had to say just a few minutes ago in their morning discussion:

Near term /through tonight/…
pretty much a non-event at this point…but temperatures still below
freezing in many areas. And we do finally have a second surge of precipitation
moving into the south and west associated with weak wave moving through
the southern Apps. We will not see much quantitative precipitation forecast with this wave…especially
along and near the Blue Ridge.

We have dropped the advisory for the Blue Ridge in the far
southwest where temperatures are mild and rising. Also dropped for
Tazewell and Mercer due to warming temperatures across those counties.
Elsewhere we have kept the advisory going. We must do this if we
expect measurable freezing rain in any part of the County. So the
other parts stand until at least noon. By then we will likely be
able to drop a number if not all of other counties. Hopefully we
will not need to extend it for anyone.

Though they only predict as far north as Amherst, you can see the trend. I suspect the D.C. office will start curtailing their advisory areas as the day wears on. Temps here in the valley are right at freezing and they are around 40 degrees on the mountains. You can do the math and science. Going to be too warm for freezing rain by the time it gets here most likely. 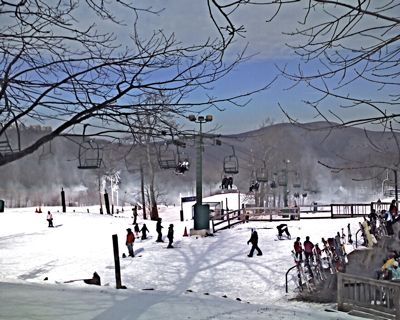 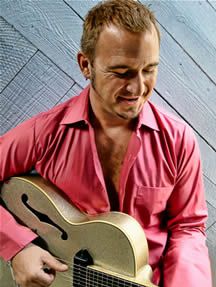 The tiniest of the wintry precipitation started in the the Rockfish Valley around 7:00 PM Thursday night, only to taper off and stop within 30 minutes. Forecasters have backed way off from their earlier predictions of a significant ice storm for Nelson and Wintergreen areas. The original Winter Storm Watch issued last night was changed to a Winter Weather Advisory, winter weather still likely, just not with the impact originally thought. The area of concerned weather was moved slightly to the north of Nelson and south along the VA-NC border. It is still possible that the mountains could see some significant icing as the temperatures there early Thursday evening were in the mid teens, while valley temps were right around freezing at most locations.

The air started very dry so it takes awhile for the precip to actually reach the ground, but wins the battle after midnight and easily lingers into Friday. The big question for Friday is how warm will the temps go? If we stay right around the freezing mark, we’ll experience a pretty lengthy run of freezing rain. As of Thursday evening numerical temperature models have us reaching an afternoon high of 34 degrees right around dark Friday. Most of the day is currently foretasted to be around 32Â°. We’ll just have to see how it shakes out throughout the day.

By Saturday the precip should fall as light rain that morning with the possibility we’ll even see some sunshine by afternoon with temps in the mid 40’s for afternoon highs.

As of late Thursday evening it appears this won’t be the system originally predicted, but we’ll update throughout the day Friday if it looks like major changes are happening.

You can always see the most recent up to date weather alerts by looking under the cover photo on the upper left in that alerts section.

Temps warm to the lower 50’s valley by Monday and mid 40’s mountains. Rain is possible again by Tuesday, but temps remains in the 50’s in the valley.

Andy Waldeck takes us out with Crawl, a cut from his latest CD, Long on Summer.

Have a great Friday everyone!
Know your Nelson.COM 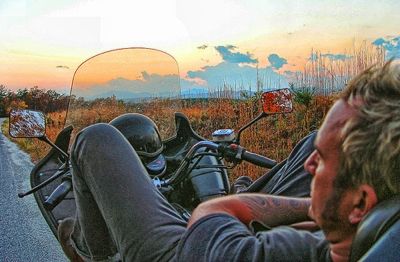