NCL spoke with Nelson County Sheriff David Brooks late this evening and he says the only fire that is still actively being worked is the one on Laurel Road in the Shipman area. “You can still see some of the trees and stumps glowing, but no structures are involved and it’s contained in the wooded areas,” says Brooks. Many people that earlier had been evacuated from their homes have been allowed back in. Bulldozers have been making fire breaks to contain the fires and thus far seems to have been working.

More if the situation changes.
NCL

The majority of the fires across Nelson County are now mostly contained. Fire personnel are still on the scene and are still standing by for calls as of early evening, but the situation is improving dramatically. 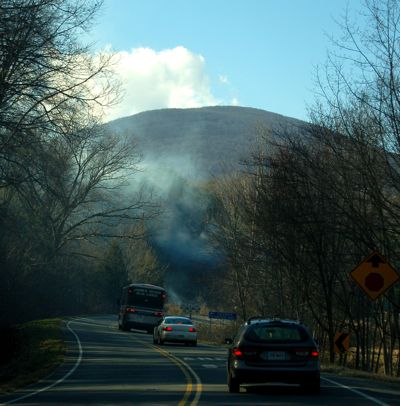 At Martin’s Store near the intersection of Routes 6 & 151 One of the many brush and forest fires burning across Nelson County Sunday afternoon. 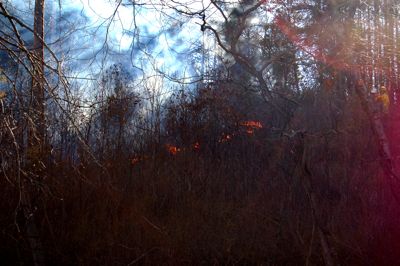 Over the afternoon every available fire and rescue unit in Nelson County, Virginia was called into service due to a major outbreak of brush and forest fires across the county. As we talked about in our forecast earlier, a Red Flag Warning was issued by the NWS for the likelihood of fires breaking out due to very high winds and low humidity across the area. There are some isolated areas of the county without electric power as well.

Our NCL-Tiger Fuel Weathernet Station in Lovingston has already recorded a 50 MPH wind gust this afternoon. Winds blowing in the 25-40 MPH range are common at many other NCL sites like NCL Wintergreen Nature Foundation on the mountain and NCL-Delfosse Winery & Vineyard in Faber. Many other stations are showing sustained winds in the 20-30 MPH range as well.


Much of the activity near Laurel, Wheeler’s and Shipman are likely part of the same major forest fire.