John Taylor wrote:
It’s great to hear the snowmaking guns on overnight. It looks like it was just
enough below freezing to crank up the snowmaking late Saturday night. At 8:30
am Sunday, the guns are still for now on but the thermometer is inching its way
up to the freezing mark. 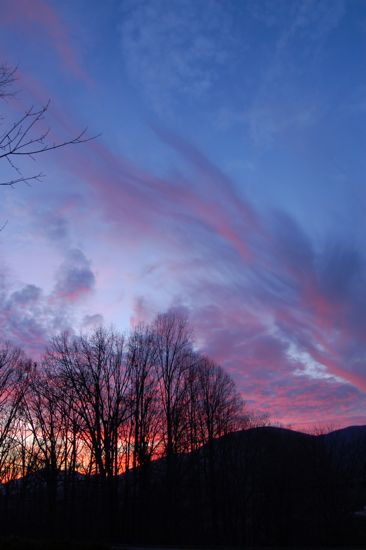 Friday started out cloudy and rainy but ended up beautiful, with a beautiful sunset over Devil’s Knob. With ample sunshine in the afternoon and a warm front through the area afternoon temps here in the Rockfish Valley neared the 70Â° mark! That’s pretty much over now as colder air is working into the area.

Saturday was fair and sunny with light winds, so another great day. Sunday look for increasing clouds with chances for showers in the afternoon. Earlier we thought there might be a chance for snow by Sunday night. Though I am not totally ruling it out, it looks like the low pressure area that would have made that possible is going to stay out in the Atlantic more than originally thought so out chances have greatly decreased.

By next week there is a chance for snow again around Thursday.

Next week will be considerably colder than the past week.

We continue our Nelson County Virginia music artists promotion this weekend. We’ve been hearing lots from Jan Smith all week long, next week we’ll have Nelson’s very own Lindsey Osborne on tap. Read lots more below and listen as we head out of today’s weather.

In the extended period: By Monday Partly sunny with highs in the lower 40’s valley a bit cooler mountains with gusty winds. Highs for the remainder of next week generally in the upper 30’s to lower 40’s valley and 30’s mountains. Overnight lows drop to the low & mid 20’s

Rain & or snow renters the forecast again by Thursday with a much more significant storm system. This is one that has the potential to create some real winter weather. I’ll keep you posted!

Jan Smith takes us out for the weekend, with a cut from her latest CD 29 Dances. This one’s called Simple Path to Freedom. 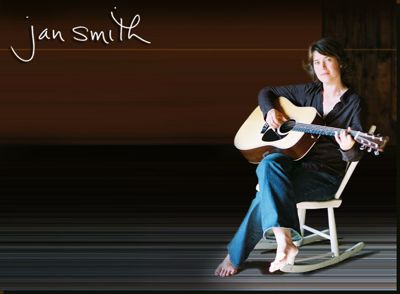 Today’s cut is Simple Path to Freedom from the CD 29 Dances.