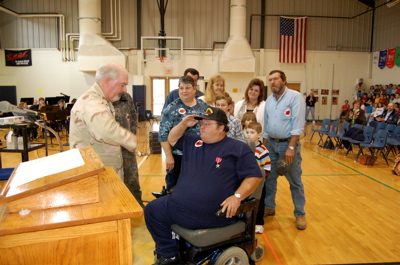 Above, Charlie Truslow salutes retired Colonel David Randall of the U.S. Air Force after Col Randall just reissued the bronze star to him for his brave service in the U.S. Army. Charlie’s family & relatives look on in the background.

Nelson Veterans got a warm welcome Friday morning at Rockfish River Elementary School. Students and faculty hold the ceremony each year to honor veterans who have served our country.

Principal Nita Hughes presented opening remarks, then The Nelson High Jazz Band played the Star Spangled Banner. By far the most moving moment in the entire program was when Retired Air Force Colonel Dave Randall, presented Charlie Truslow of Nelson County with a bronze star for his service in the U.S Army. Charlie’s house burned to the ground years ago destroying all of the medals from his service long ago in the army. He was able to replace all of the medals except for the bronze star. On Friday his wait was over as Col. Randall proudly reissued and pinned another start to Charlie’s chest. Charlie received a loud and proud round of applause from everyone there.

Remember this weekend to honor and thank all of the veterans and servicemen who have and continue to protect us here at home.

Scroll for more pictures below: 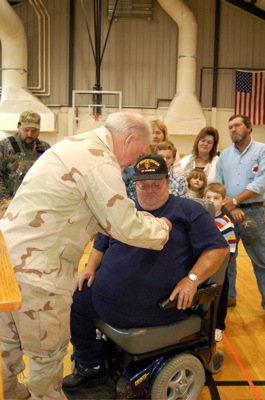 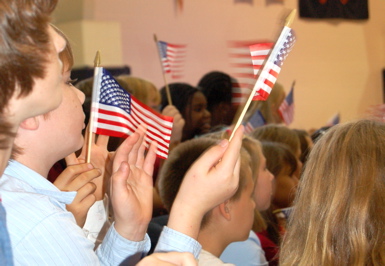 Above and below, during the patriotic medley of military service songs, students waved their flags. 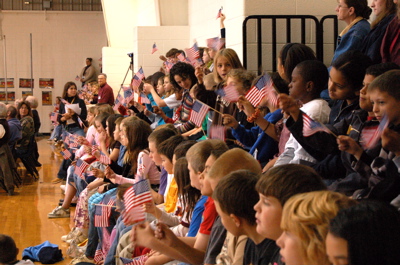 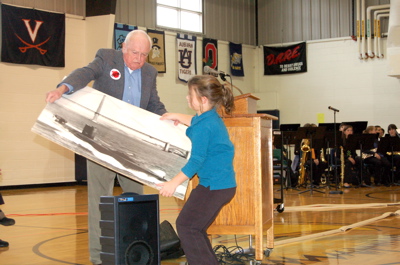 Above, feature speaker, Captain Jack McNish, Retired U.S. Navy, hands a picture of a submarine to one of the students to show to the audience. McNish told about his time as a commander of the submarine during his time in the Navy. 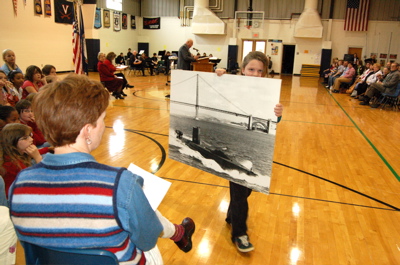 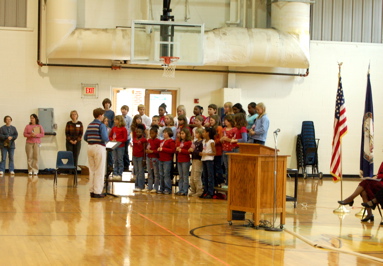 Above, The Rockfish River Elem Chorus presents patriotic music for the veterans. 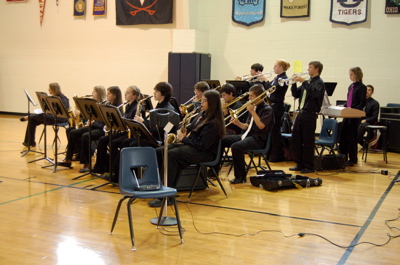 The Nelson High Jazz Band provided a wonderful presentation of patriotic music for the crowd. 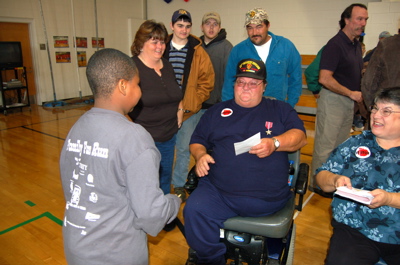 Above, a student hands Charlie Truslow a thank you card he made to show his thanks for his service to our country. 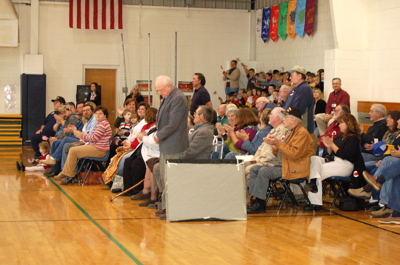 Here each of the veterans stand as the song of their respective branch of service was played. 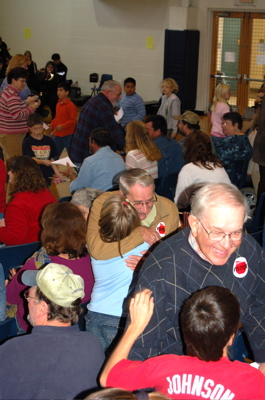 As the program adjourned, students talked to and thanked the veterans for coming to their school.