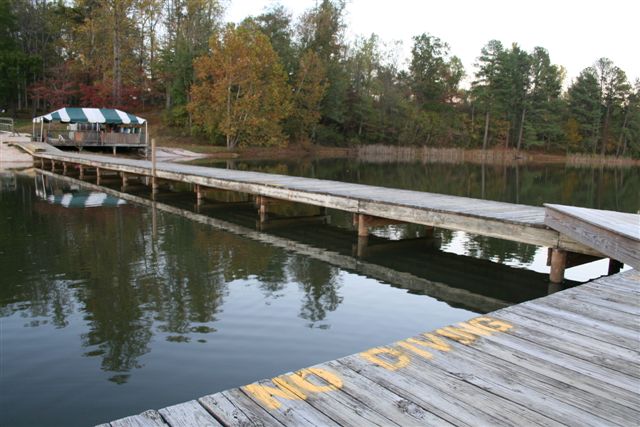 Water levels have improved at Lake Monacan in Stoney Creek since the rain last week. This is a photo from October 28th taken by Henri Weems. 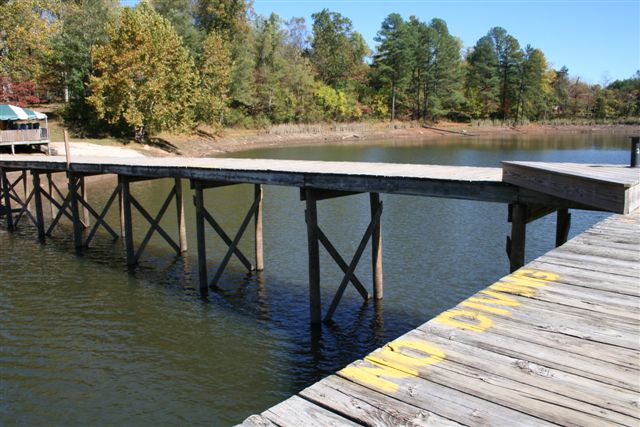 This is a photo taken about a week earlier on October 21st. Look at how much of the pier was showing below in this picture as compared to the one above.

We told you about the situation a few days ago here.

Here’s what Henri wrote us:

Wow! What a difference a week makes!

Here a is photo from Sun 21 Oct when we were at Lake Monocan, then the same a week later Sun 28 Oct.
At that time the lake was 1 foot from the spillway, then on Monday noon it was at 8 inches.

Normally it would likely spill this evening, but since neither lake is full, water will be diverted upstream tonight to refill the Tuckahoe lake.

Lake Monacan is important for a variety of reasons, but a big one is that it’s used for pulling water to the top of the mountain to make snow during ski season. Though not back to it’s previous levels, this is a drastic improvement.

Thanks for the updated pics Henri!