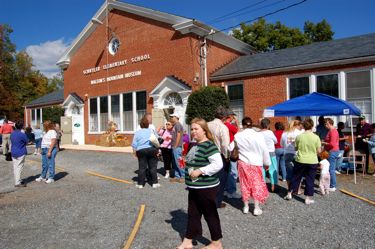 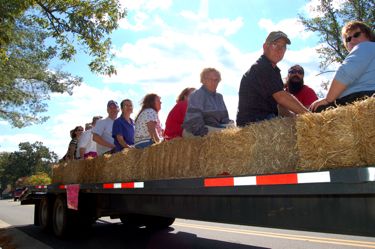 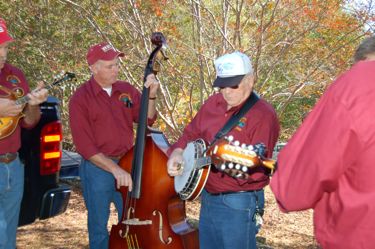 A fabulous weekend in Central Virginia! After some much needed rainfall toward the end of last week, Saturday & Sunday cleared out to be wonderful days with temps again above normal around 80 degrees. At night we have seen some 30’s for overnight lows in the past few days. The weather was perfect for the 15th anniversary of The Walton’s Mountain Museum in Schuyler this past weekend. Hayrides, all kinds of music and food, along with plenty of history on The Walton’s television series inspired by our very good friend, Earl Hamner, Jr’s childhood in Schuyler.

We’ll see a return of those 80 degree temps again today before some pretty drastic changes begin taking shape over the next 48 hours. Expect chances for rain to increase on Tuesday and depending on which models and forecasters you listen to, the rain could last much of the week. The NWS in Sterling. VA says it will be a Tuesday rain event ending by Wednesday night. The NWS in Blacksburg which forecasts as far north as Amherst, shows rain hanging in there until Friday afternoon. I understand why their is so much of a divide since the computer models they look at are not agreeing at all right now. But, I can tell you I favor the NWS in Blacksburg more, they generally are far more accurate than the ones in the D.C. area, who are actually in charge of forecasting our weather believe it or not! And if you’ve been here very much over the past year you know my feelings about relying on computer weather models too much. Mmmm, wonder what happened to that extremely active hurricane season predicted!

Regardless of which forecast you believe we will see a cool down of temps after today, first to the 70’s then 60’s later in the week.

The current national forecast map shows an approaching cold front that will provide rain chances by Tuesday at the latest. Over the next 24 hours we’ll better be able to tell how much and how long the rain will last.

If you go out about 48 hours you can see the front still in the area with chances of rain.

Tomorrow Cloudy with showers in the morning with rain likely by afternoon over 80% of the area.
* Valley: 74Â°
*On the mountains – near 67Â°
Winds: S 10-15 MPH becoming SW around 5 MPH by afternoon.