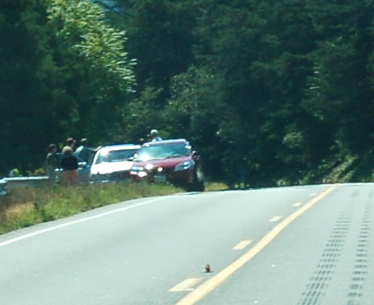 Emergency crews responded to another accident along Route 151 near Tanbark Drive in front of the Afton Service Center. The roadway was not blocked, and the accident scene itself was not serious and the cars seen above were pulled off the side of the road. Injuries did not appear to be life threatening. The accident occured just after 2 PM Monday afternoon.

Crew were also busy around the same time in another part of the county near Gladstone on Route 60 at another accident involving two vehicles. The extent of the injuries is not known.