Below, No doubt you’ve seen the sign and the umbrellas set up on the parking lot of Ski Barn at the intersection of Route 664 and 151. That’s Robert Chisolm’s new Blue Ridge Seafood on wheels! It’s good, we just bought some today! Robert is on the lot every Wednesday through Saturday afternoon. His stuff is fresh, he makes the run frequently. 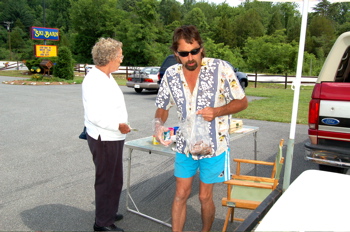 And just up 151 north of Nellysford on 151 Kelly’s Produce, Plants and Primitives is now open as well. Just ask Kelly Kahle’s daughter Kennedy and son, Bryant. They are out raising the open flag near the road along 151. She’s got lots of produce, plants, and other really neat stuff there. 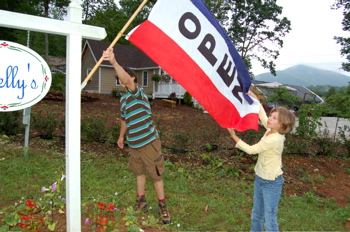