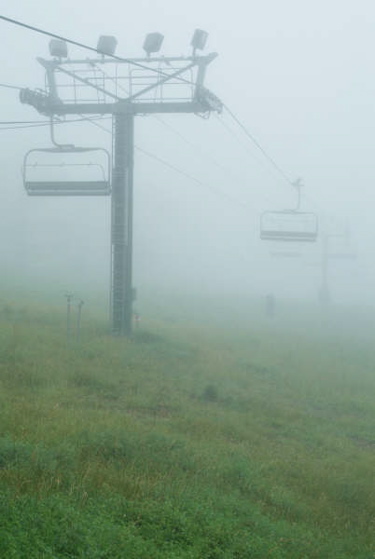 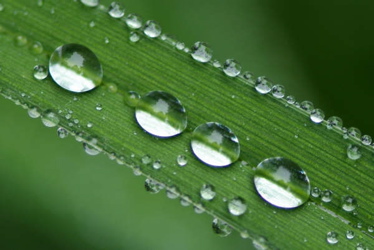 Thursday was a gloomy day across Central Virginia and Nelson County. If you were up on the mountains anywhere you were in the clouds. A low gray level of clouds blanketed the area all day. In the pictures above Paul Purpura caught a shot of an almost ghostly looking ski lift at Wintergreen. Below that, using his super duper lens, he got a fantastic closeup of water droplets on a day lily on the mountain. I was up there at lunch Thursday, it was one soggy day.

Over the past 24-36 hours many folks have seen over an inch of rain while others have barely seen a tenth of an inch. Generally speaking most everyone has seen a little something though. Today we’ll pretty much stay socked in with the clouds for one more day before the weather begins a major improvement.

On the current surface map the stubborn low off of the New England coast continues to spin clouds our way. Old moisture areas continue to hang in the Central VA area as well. Eventually high pressure will win out and we’ll begin to see clearing skies by the weekend. I think we might even see a peek at the sun late today in some locations.
Current-Sat Surface Map

On the National Forecast Map, not much happens today and it will look much like Thursday did. Winds will go more southerly, so we warm up just a tad more than Thursday. Low gray clouds with scattered rain showers. If we do get a little sun we could see an isolated thundershower develop, but that is a long shot.
Today’s Forecast Map

*Today Mostly cloudy, still cool with passing showers on occasion. Patchy fog early, then light showers throughout the day, but only about 20% of the area will see them at any given time. We may see breaks in the clouds by late afternoon.
*High temps in Shipman, Tye River, and Woods Mill around 71 degrees.
*On the mountains above 2000 feet along the BRP, Wintergreen, Three Ridges, Devil’s Knob, and Montebello, mostly cloudy very foggy with misty rain most of the day. Highs top out around 67 degrees. Winds S 5-10.

Next real chances for rain come back in the forecast around Wed of next week.

Have a great Friday and weekend!