10:15 AM EDT
Escapee is still at large, but the search has been called off for now.

9:15 AM EDT
NCL has learned the Virginia State Police along with Augusta Sheriff’s K-9 unit, and Nelson County deputies are looking for a hispanic male in the Afton, I-64, Exit 99 area.
Earlier this morning a trooper stopped the person for excessive speeding on I-64. The person had no ID on him so he was arrested and placed into custody. The trooper is said to have handcuffed the person then placed him in his car. While the trooper was doing an inventory of the car, the person managed to get out of the trooper’s car, roll down an embankment and escape. The last reported sighting was about 8:30 AM on 250 just west of Route 151. 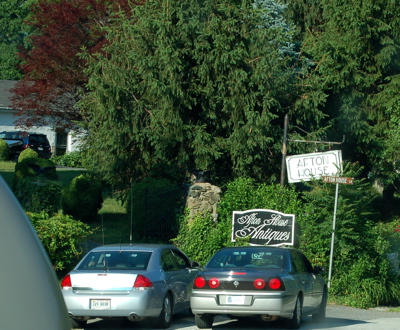 Above, state police meet Tuesday morning near the Afton Post Office while looking for the escapee. 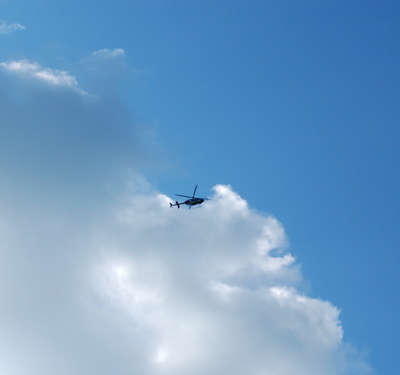 Here a state police chopper skirts the clouds above Afton looking for the man on the run from police.

The man is described as a male hispanic wearing a black hat and a black t shirt. He should still be handcuffed if he hasn’t managed to get them off. If you see anyone fitting this description, call the state police or the Nelson County Sheriff’s Department.

More updates as we have them.
-T-

Previous post from 8:02 AM EDT
A search is underway in Afton area for an escapee who got away from the state police.

He should be handcuffed.