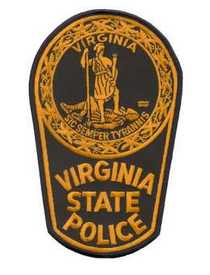 “INVESTIGATION REMAINS ONGOING INTO SHOOTING INCIDENT AT UNIVERSITY OF VIRGINIA
CHARLOTTESVILLE, Va. – The criminal investigation remains ongoing into the tragic shootings that claimed the lives of three University of Virginia (UVA) students and injured two others on the evening of Nov. 13, 2022. Christopher D. Jones Jr., 22, of Petersburg, Va., had his first appearance in Albemarle County General District Court on Nov. 16, 2022 on three felony counts of 2nd degree murder, two felony counts of malicious wounding, and five felony counts of the use of a firearm in the commission of a felony. Jones is being held at the Charlottesville-Albemarle County Regional Jail without bond.
The investigation confirms that Jones had traveled with other UVA students on Sunday, Nov. 13, 2022, to Washington, D.C. to attend a theater performance at the Atlas Performing Arts Center. Following the play, the students and a professor ate dinner in the District. The professor and 22 students returned to Charlottesville in a chartered bus, arriving at UVA at approximately 10:15 p.m. that same day.
The chartered bus pulled to a stop at Culbreth Garage on The Grounds. As the students were getting up to exit the bus, Jones produced a weapon and began firing. As Jones exited the bus, he fired additional rounds and then fled the scene on foot. Jones left the area in his black Dodge Durango.
At approximately 11 a.m. on Nov. 14, 2022, Henrico County, Va. Police apprehended Jones without incident. The officer observed Jones’ SUV and initiated a traffic stop in the 5700 block of Edgelawn St. in the eastern area of the county.
Investigators are still actively piecing together Jones’ movements between the time he fled the shooting scene and was apprehended in Henrico County. At this stage of the investigation, state police is not in a position to comment on Jones’ motives behind the shootings.
Devin Chandler, 20, of Virginia Beach, Va., and D’Sean Perry, 22, of Miami, Fla., succumbed to their injuries at the scene. Lavel Davis Jr., 20, of Ridgeville, S.C., was transported to UVA Medical Center, where he later died from his injuries sustained in the shooting. Their remains were transported to the Office of the Medical Examiner for autopsy and examination.
A 19-year-old student from Baton Rouge, La. and a 19-year-old student from Houston, Texas were also shot. They both were transported to UVA Medical Center for treatment of life threatening and non-life threatening injuries, respectively.
During the course of the investigation, a handgun was recovered in relative proximity to the shooting scene. No firearms were recovered inside the bus. A search warrant, executed by investigators on Jones’ residence in Charlottesville, resulted in the recovery of a rifle and a handgun. All firearms have been turned over as evidence to the ATF for processing.
The investigation remains ongoing at this time with the assistance of the University of Virginia Police, Albemarle County Commonwealth’s Attorney, Albemarle County Police, Charlottesville Police, U.S. Attorney for the Western District of Virginia, Office of the Virginia Attorney General, ATF and FBI.

Original post from 10:07 AM
“At the request of the University of Virginia (UVA) and the University Police Department, Virginia State Police (VSP) will assume primary responsibility for the continued criminal investigation of the tragic incident that occurred on the UVA Grounds the evening of Nov. 13, 2022.  VSP has been engaged since the early stages of the incident in cooperation with University, local, and federal law enforcement agencies.  Due to the investigation’s expansion across multiple jurisdictions, VSP is able to bring additional resources and personnel to this active and complex investigation.