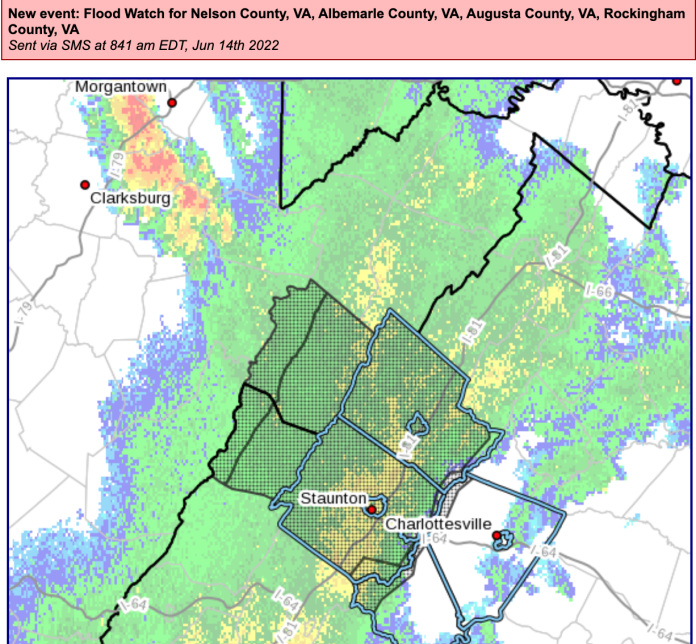 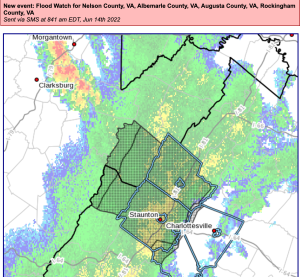 …FLOOD WATCH IN EFFECT UNTIL 3 PM EDT THIS AFTERNOON…

* IMPACTS…Excessive runoff may result in flash flooding of rivers,
creeks, streams, and other low-lying and flood-prone locations.

* ADDITIONAL DETAILS…
– Showers and thunderstorms will produce heavy rainfall with
localized rainfall amounts around 1 to 3 inches possible
within a couple hours. The heaviest rain will be late this
morning through midday.
– Please visit http://www.weather.gov/safety/flood for flood
safety and preparedness information.