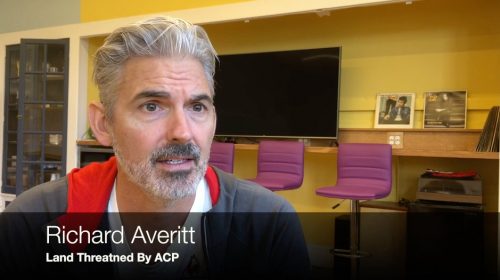 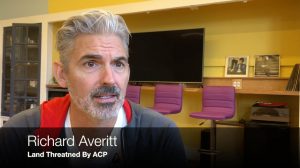 “On Friday ACP & Dominion sued 21 or so folks in Nelson County. Essentially everyone in Nelson County they don’t yet have an easement with – with what’s called Quick Take. It’s the right to seize your property prior to you having your day in court, frankly,”

Averitt told us in an interview Monday afternoon.

Above our interview with Richard Averitt on Monday – November 19, 2018. Press play to watch the entire video.

In an interview BRL had with Averitt on Monday afternoon he said the move is against land owners that have not yet resolved easement issues with allowing ACP across their property.

Averitt has long opposed the project that will tunnel under the Blue Ridge Parkway just yards from the entrance to Wintergreen Resort and continue eastward across Averitt’s property that he had plans to develop a retreat spa on in the Rockfish Valley along Route 151.

The project has been embroiled in controversy since it was announced here in Nelson.

Averitt says he will appeal any formal notice of the Quick Take. He explains more in the video above.