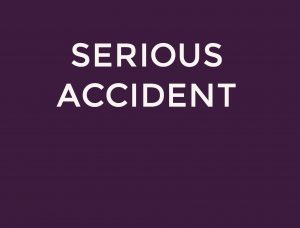 Editor’s note : We have been following information on this crash since Tuesday. We will continue to provide official updates once we have them.

A go fund me site has been setup as a memorial to the victim in this crash. Here is the link : https://www.gofundme.com/wjpk9s-michaels-memorial-fund

The driver, Michael R. Vest, 24, of Shipman, Va., was transported to UVA Medical Center for treatment of life-threatening injuries.