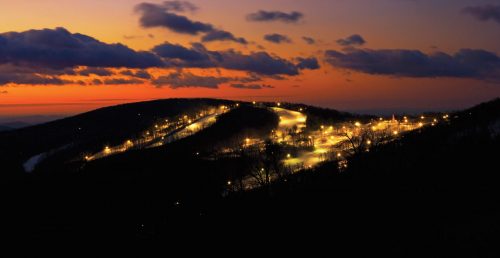 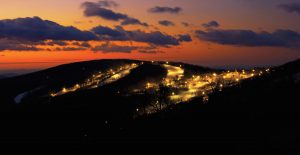 Rod Kessler was named the new General Manager of Wintergreen Resort today after a national search. Kessler arrives at Wintergreen from Granby Ranch, a mountain community in Colorado, where he had been the Chief Operating Officer responsible for summer and winter recreation.
While Granby Ranch has a small ski area known mostly for introducing Coloradans to the sport, Kessler has large resort experience as well with over 25 years in operations, hospitality, and resort construction. Notably, he was the Chief Operating Officer of Revelstoke Mountain Resort in British Columbia for 5 years, and for the 16 years prior to that he was at Vermont’s Stowe Mountain Resort where he was Vice-President of Mountain Operations.
Kessler also spent a couple years in Maine as a co-leader of L.L. Bean’s Outdoor Discovery School where he provided oversite during the expansion of the Outdoor School’s kids’ camps and guide services for a range of activities from fly-fishing to Nordic skiing to paddle sports. Based on his experience at L.L. Bean and Granby Ranch, Kessler said Wintergreen’s myriad recreational offerings played an important role in his interest in the General Manager’s position.
“I’ve been fortunate to work at Stowe, one of the East Coast’s premier resorts, and at Revelstoke, one of British Columbia’s iconic big mountains, both of which eventually became part of the Mountain Collective which is a group of the top mountain resorts in the world. Obviously, Wintergreen is a smaller ski area, but the breadth of recreational opportunities at Wintergreen make it one of the most varied and complete resorts in the country,” noted Kessler. “The possibilities for what can be done to maximize the guest experience here were too intriguing to pass up.”
Kessler arrives as Wintergreen is in the midst of significant improvements. Both the Wintergarden Fitness Center at the top of the mountain and the Stoney Creek Fitness Center at the resort’s Rockfish Valley location have recently completed comprehensive renovations. Projects currently under construction include the first floor of the resort’s Mountain Inn, which serves as the gateway building at the top of the mountain, where a new café, a new 24 hour convenience outlet, a renovation of the lobby reception area, and new membership and realty offices will be completed in time for the ski season. Next summer Wintergreen has scheduled construction of a new members ski locker room, renovations of the administrative offices and the ski patrol facilities, and the creation of day lodge and lounge spaces.
Vern Greco, CEO of Pacific Group Resorts, Inc. which owns Wintergreen Resort, expressed his appreciation for Kessler’s depth of experience, “Rod has been responsible for roughly $75 million in capital projects over his career, and he has run the operations of two of the top resorts in North America which were quite different from one another. We fielded scores of resumes from across the industry, and we felt Rod was uniquely well suited to our mission of making Wintergreen the top year round resort in the Mid-Atlantic which would make it one of the top resorts on the East Coast. We have more projects on the drawing board which will be announced over the next six months, so Rod will have plenty on his plate. Fortunately, he has an exceptional team in place to help make this a smooth transition.”
In addition to naming Kessler the new General Manager, Wintergreen recently announced Michael Hammes has joined the resort as the new Director of Food & Beverage and Chris Jones just arrived as the new Executive Chef. Hammes’ resort experience includes Mt. Snow in Vermont, Durango Mountain Resort and Keystone Resort in Colorado, and The Canyons in Park City, Utah. He also served as the Director of F&B at the Omni Barton Creek in Austin, Texas and The Woodlands Resort in Houston where he developed the top award-winning steakhouse in the region. Jones also honed his ski resort skills at Durango and served as Executive Chef at country clubs and other resorts before joining the team at Wintergreen. Kessler concluded, “With the commitment to Wintergreen shown by Pacific Group Resorts, and the team both existing and new that has been assembled, this is an ideal situation for me. I am very much looking forward to leading Wintergreen as this opportunity unfolds.”

ABOUT WINTERGREEN
Wintergreen spans 11,000 acres on the eastern slopes of the Blue Ridge Mountains in the heart of Central Virginia adjacent to the Blue Ridge Parkway. It is just 90 minutes from Richmond, Virginia and approximately three hours from Washington, D.C. and Raleigh, North Carolina.
The resort features four seasons of mountain recreation. Amenities include 45 holes of championship golf, alpine skiing, snowboarding, and snow tubing, an award-winning tennis program with 22 courts, a full-service mountaintop spa, outdoor recreation such as 37 miles of hiking trails, fly fishing, swimming in three pools and a lake, and a variety of dining options.
Wintergreen Resort also features 40,000 square feet of indoor and outdoor function space, audiovisual services, an award-winning banquet department and experienced conference service professionals. In addition to events for corporations, non-profit organizations and government entities, the resort hosts over 40 weddings per year plus other social occasions and events such as the Spartan Race and the Blues, Brews, and BBQ Festival.
A responsible steward of 11,000 scenic Blue Ridge Mountains acres, the Wintergreen Resort and community actively nurtures its environment, honoring and conserving precious natural resources. Partnering with The Wintergreen Nature Foundation (TWNF), it supports and promotes wildlife habitat preservation and environmental education.