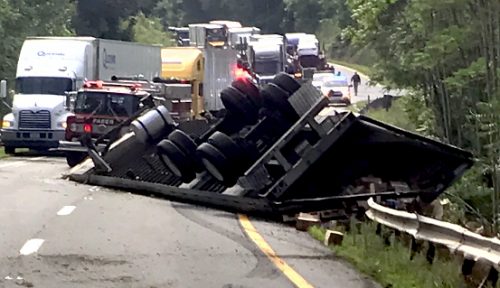 Updated: 5:00 PM
Motorists going by the area around 5PM tell us the cleanup is still underway and one lane is open southbound.

Updated: 12:45 PM one lane is still moving southbound but delays are still happening.

Expect delays for the foreseeable near future in this area.