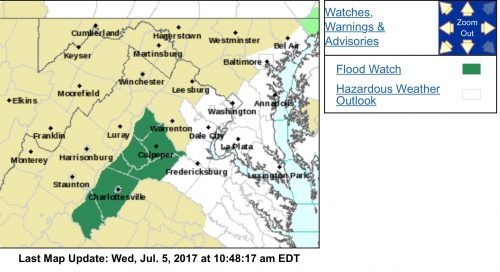 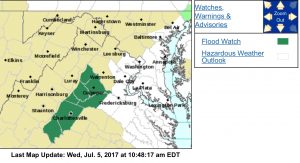 …FLOOD WATCH IN EFFECT UNTIL 8 PM EDT THIS EVENING…

* Until 8 PM EDT this evening

* Very heavy rainfall is occurring in the central Virginia
Piedmont.