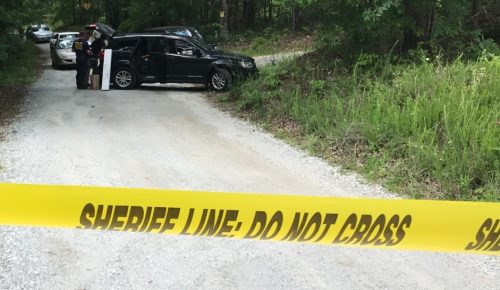 Updated 3:20 PM< BRL has learned the person killed earlier Saturday is James Lee Spencer. Relatives have confirmed the identity and have also confirmed the name. "The person murdered was my cousin. My aunt is his mom. I was here when officers told her," Sean Phillips, his cousin, told BRL Saturday afternoon/em>

“On Saturday May 27, 2017 around 5AM the Amherst County Sheriff’s Office received a call from the 1700 block of Grandmas Hill Road for assistance regarding an altercation involving a gunshot wound. Upon arrival deputies secured the scene, noticing a male unresponsive. The Nelson County Sheriff’s Office responded shortly after. It was determined that the offense was committed in Nelson County. One victim male was pronounced deceased at the scene. The name is being withheld pending notification of the family. This incident only involved one offender, a male identified as Jacob Paul Lincoln age 32 of Amherst Virginia, who was taken into custody and charged with Second Degree Murder and use of a firearm in commission of a felony. Mr. Lincoln is being held at the Albemarle Regional Jail on no bond. The incident is currently under investigation involving assisting agencies, Virginia State Police and the Amherst County Sheriff’s Office.”