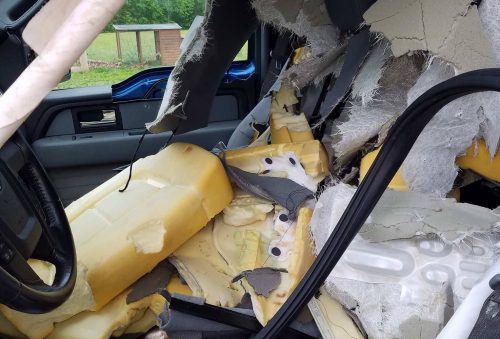 You’ve probably heard by now about the bear that got caught inside a car in Roanoke last week. We’ve since found out it actually happened here too up at Wintergreen last month in mid to late April.

Kim Sillas of Roseland said her husband bought the destroyed truck (post bear) for a project. “He got one, that’s for sure,” Kim laughed when telling us the story.

Kim says other than the damage inside it’s a pretty good truck. But they will be spending considerable time repairing the interior!